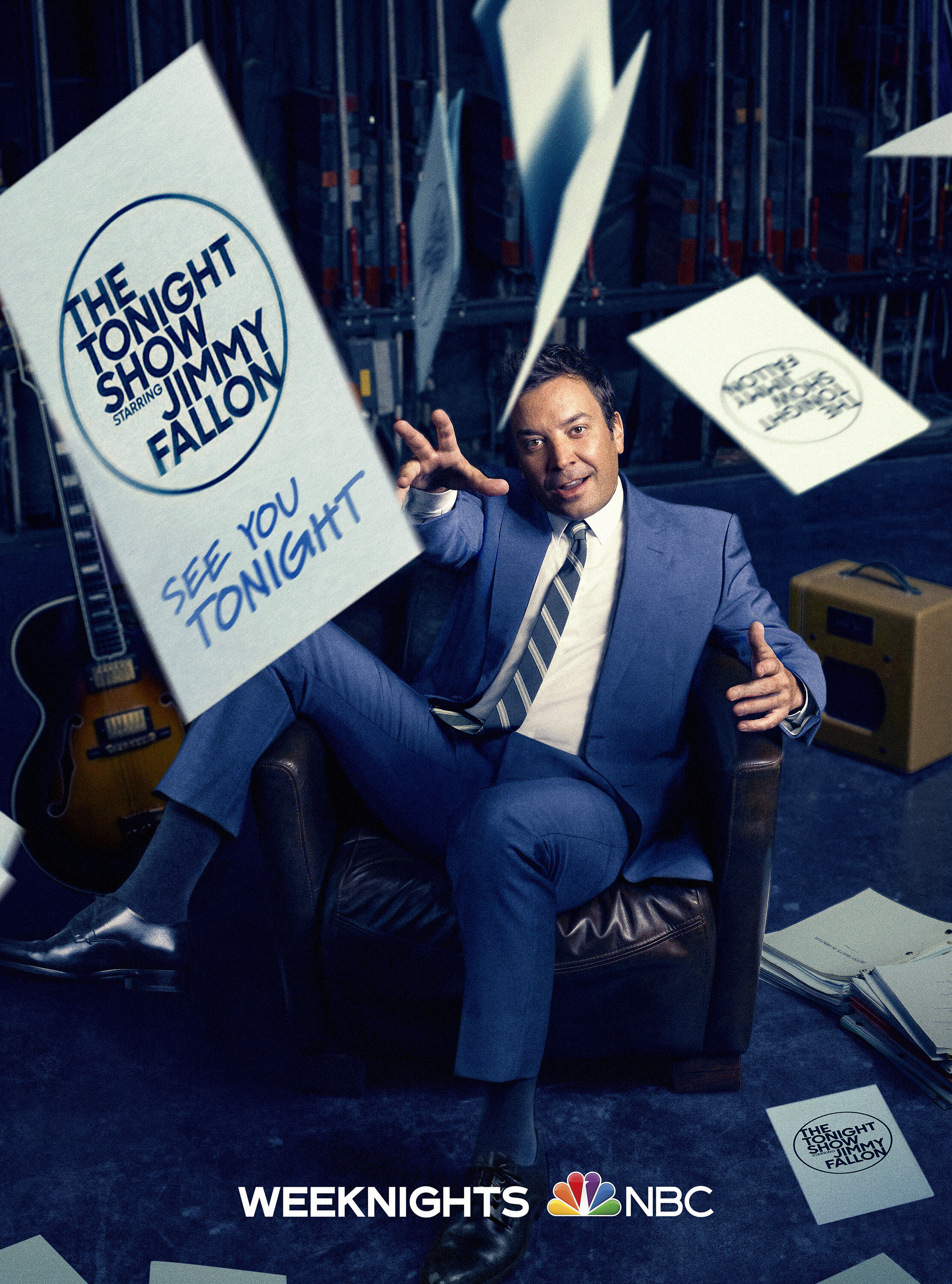 Emmy Award and Grammy Award winner Jimmy Fallon brought NBC's "The Tonight Show" back to its New York origins when he launched The Tonight Show Starring Jimmy Fallon from Rockefeller Center. Fallon puts his own stamp on the storied NBC late-night franchise with his unique comedic wit, on-point pop culture awareness, welcoming style and impeccable taste in music with the award-winning house band, The Roots.