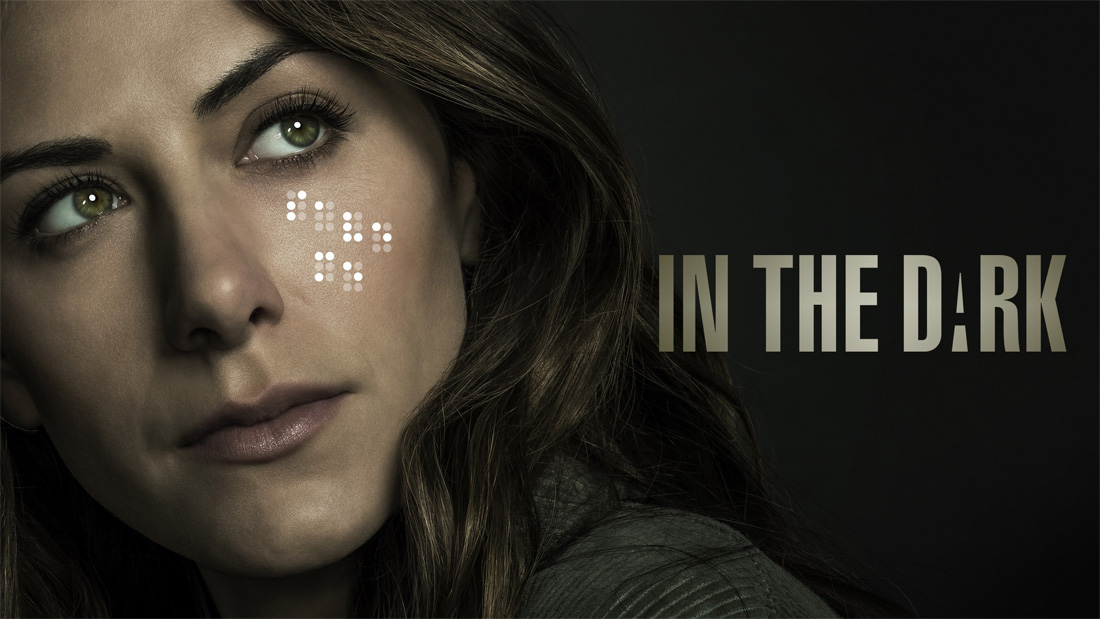 Max and Murphy make plans for the future, and everything seems to be going according to plan at the fundraiser with Murphy and Darnell posing as the un-happy couple. Meanwhile, Josh concocts his own plan and inserts himself in the middle of everything.

In In The Dark, Murphy (Perry Mattfeld) is a hard-living, hard-drinking, disaffected twenty-something and blind. Murphy’s life comes crashing down when, while out for a walk with Pretzel, she stumbles upon what she’s sure is the lifeless body of Tyson in the alley outside her apartment.