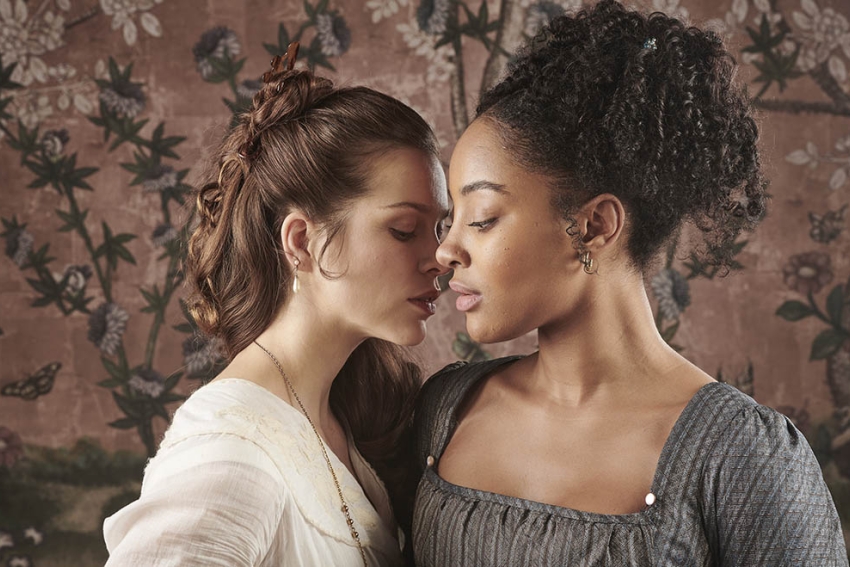 ITVX has today released the first look images for The Confessions of Frannie Langton a four-part drama, produced by Drama Republic and adapted by author and writer Sara Collins from her breath-taking debut novel of the same name.

Karla-Simone Spence (Blue Story, Wannabe) leads the cast in the role of Frannie Langton, the drama’s young protagonist born into a life of slavery who is fighting to tell her own story. She is joined by Sophie Cookson (The Trial of Christine Keeler, Kingsman: The Secret Service) as Madame Marguerite Benham and Patrick Martins (Redemption, Blasts From The Past) as Olaudah “Laddie” Cambridge in the murder mystery drama.

Also starring in the historically authentic adaptation is Stephen Campbell Moore (War of The Worlds, The One) as renowned scientist and husband to Madame, George Benham. Joining him are Steven Mackintosh (Rocketman, Wanderlust) as John Langton and Amarah-Jae St. Aubyn (Small Axe) as Sal.

Set against the dazzling opulence of Georgian London, The Confessions of Frannie Langton, narrates Frannie’s journey from a Jamaican plantation to the grand Mayfair mansion of celebrated scientist George Benham and his exquisitely beautiful wife, Madame Marguerite Benham.

In a misguided and monstrous gesture Frannie is gifted to Benham by the man who owns her, John Langton, and she is employed as a maid in the household much to her chagrin.

As the plot twists and turns, events take a fateful turn as the Benhams are found murdered in their beds, with Frannie lying next to Marguerite. Frannie is accused of murder but swears that she couldn’t possibly have killed her mistress because she was devoted to her. Dragged away to prison, Frannie attempts to piece together the events of that night. She is deep into a laudanum addiction and unclear about precisely what happened…

The Confessions of Frannie Langton is produced by Carol Harding (Unsaid Stories, My Name Is Leon, Agatha And The Curse of Ishtar) and directed by Andrea Harkin (The Trial of Christine Keeler).

The powerful, evocative drama will be executive produced by Greg Brenman (The Honourable Woman, Us, Peaky Blinders), Rebecca de Souza and Sara Collins. It was filmed on location in Yorkshire.

The series has been commissioned for ITVX by Head of Drama, Polly Hill, who has also overseen production of the drama on behalf of the channel.

The Confessions of Frannie Langton will be an ITVX premiere, exclusive to ITV’s new, free streaming service, which launches later this year. The drama will be available on ITVX many months ahead of linear transmission on ITV main channel.