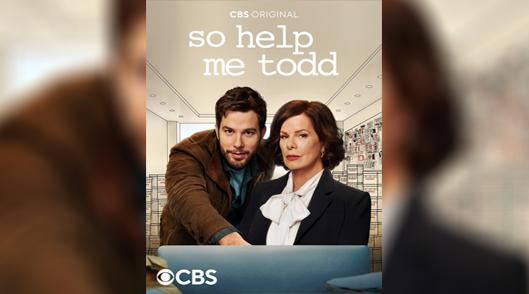 So Help Me Todd Tonight “Let the Wright One In”

Margaret attempts to join an elite philanthropy club and must represent a former club employee accused of using the organization to smuggle drugs. Also, Todd goes undercover as a waiter at the elite club to get information to help Margaret’s case.

Tonight, the December 1 episode of “So Help Me Todd” airs at 9PM ET on CBS. Watch episodes Paramount+. and CBS.com. THIS IS A REPEAT OF SEASON 1 EPISDOE 5

Meticulous attorney Margaret Wright hires her talented but scruffy son Todd as her law firm’s in-house investigator. As the black sheep of the well-heeled Wright family, Todd is a laid-back, quick-thinking, excellent former private detective who fell on hard times after his flexible interpretation of the law got his license revoked. Margaret’s penchant for excellence and strict adherence to the law is at complete odds with Todd’s scrappy methods of finding his way through sticky situations: by the seat of his wrinkled pants. When Todd inadvertently teams with his mother on a case, she’s surprised to find herself duly impressed by — and proud of — his crafty ability to sleuth out information with his charm and his wide-ranging tech savvy. At last, Margaret sees a way to put her son on a suitable path to living an adult, financially solvent life she approves of, and she asks him to join her firm.