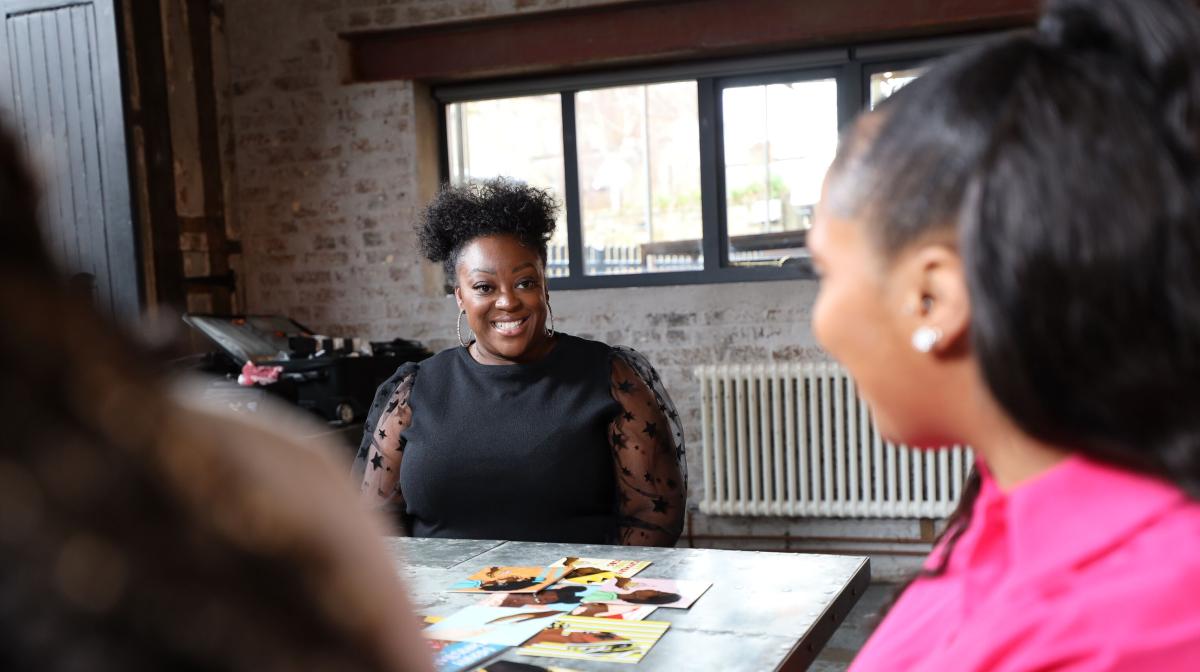 • After a competitive application process six indies have been selected to take part in Channel 4 and The TV Collective’s second Indie Accelerator programme.

• They will each be assigned a Channel 4 Commissioning Editor who will work with them to share insights on the commissioning process, and they will receive top level leadership coaching co-ordinated by the TV Collective.

• The Indie Accelerator is part of a long-term Channel 4 strategic plan to support more ethnically diverse led production companies secure commissions from Channel 4, and in the wider industry.

Channel 4 and The TV Collective have today announced the six successful companies who will take part in the second Indie Accelerator Programme.

The accelerator programme – launched last year – was set up in partnership with The TV Collective to form a new approach in working with more production companies where the main shareholders, the leading decision makers or the creative leaders comprise those from a Black, Asian and ethnic minority background.

Through the Indie Accelerator the companies will get top level leadership coaching lead by Industry Coach Remy Blumenfeld, as well as being assigned a Channel 4 Commissioning Editor to work with throughout the year, who will help them develop their slate of ideas and advise them how to navigate Channel 4’s commissioning processes

Naomi Sesay, Channel 4’s Head of Creative Diversity said “The Indie Accelerator is a vital part of our commitment to ensuring that diversity is integral to commissioning, and we are pleased to be working with The TV Collective again in this second iteration of the programme. The selected indies all bring talent and originality to the table, and we’re excited to start working with them and supporting their journey to become thriving and more sustainable businesses.”

The TV Collective founder, Simone Pennant MBE, said “It was almost impossible choosing just six companies from the near sixty that applied. The six companies chosen by the Channel’s commissioners exemplify the wealth of black, Asian and minority ethnic production companies that already exists. I’m really excited to see what these talented production companies come up with and eventually watching the results.”

This is the second iteration of the programme which is part of a two-year partnership with The TV Collective. The companies who were successful in the first outing of the partnership have gone onto win a number of new commissions. Afro-Mic have delivered Dream Life for the Same Price and daytime format Ireland, Coast and Country. Cardiff Productions are making the second series of Unapologetic with SBTV and have other projects in development with Channel 4. Douglas Road have made Judi Love: Black, Female and Invisible (pictured). Milk First’s Yorkshire Cop: Police, Racism and Me will TX in October; Ranga Bee have finished Jon & Lucy’s Christmas Sleepover. Uplands TV made Race and Medical Experiments, What’s the Truth? which was shown last year. They have recently delivered Tony Robinson’s Museum of Us for More4 which will go out later this month. In addition Renaissance Studios have been commissioned as part of Channel 4’s digital talent search.

Emma-Rosa Dias from Afro-Mic productions said: “We really benefited from the Indie Accelerator at Channel 4. We were able to work closely with Jo Street and her brilliant team to gain valuable insights and even secured a broadcast pilot in the process, which we’ll be delivering soon in the hope to take it to series. “

Narinder Minhas, CEO of Cardiff Productions said: “The Accelerator has been absolutely key in helping us to broaden and deepen the relationship we already have with Channel 4, particularly in that crucial area of repeatable shows.”

A key part of Channel 4’s remit is to champion unheard voices, and the Indie Accelerator is designed to help ethnically diverse led indies to become more established both with Channel 4 and in the industry.