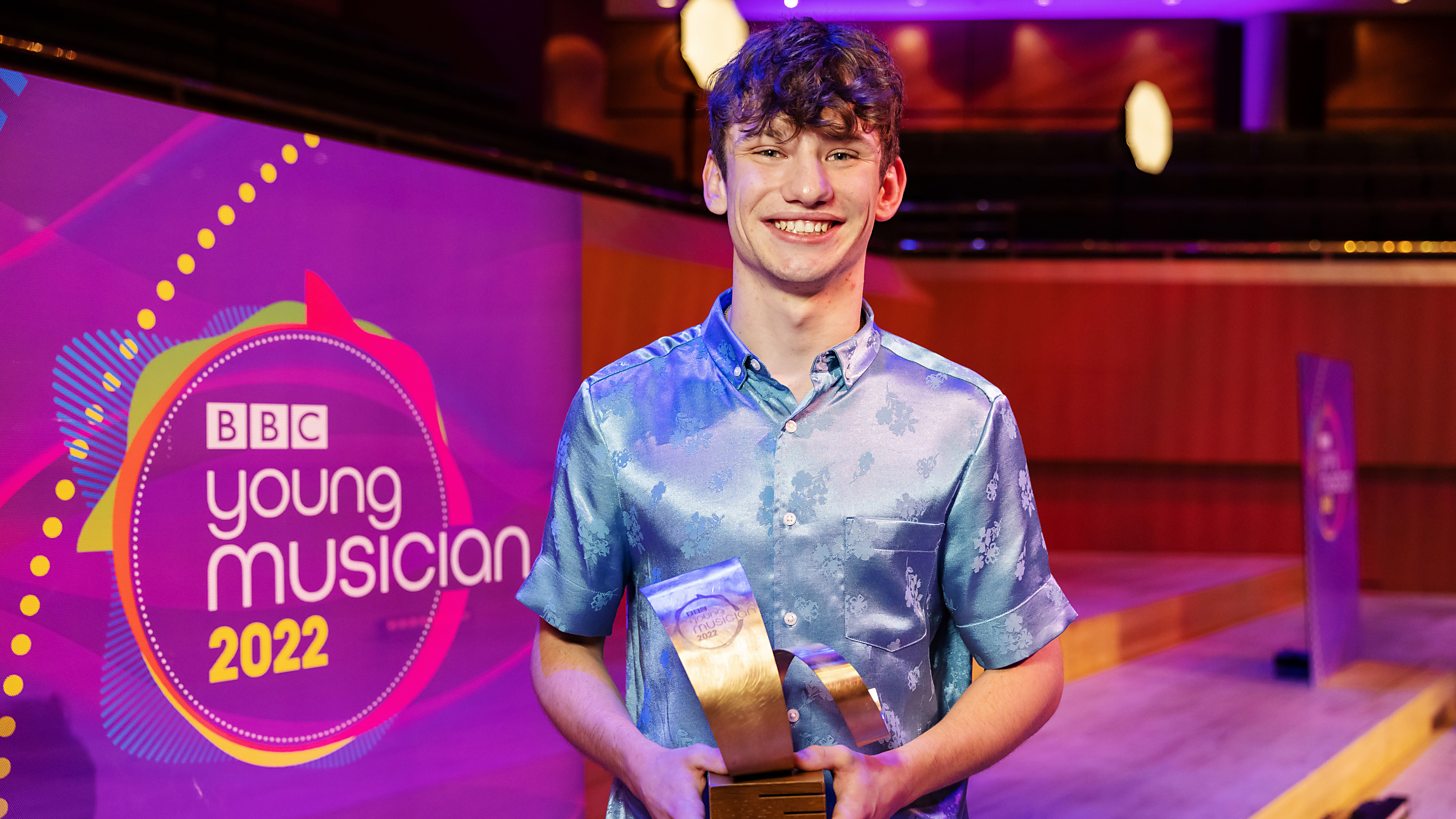 The announcement was made during the broadcast of the Competition’s Grand Final on BBC Four and BBC Radio 3 on Sunday 9 October at 7pm, presented by trailblazing saxophonist and broadcaster Jess Gillam – a competition finalist herself in 2016 – classical soul pianist, composer and producer Alexis Ffrench, and BBC Young Musician regular Josie d’Arby.

Jordan began playing the drum kit when he was seven and soon expanded into percussion. He is currently studying at the Royal Birmingham Conservatoire. He has played with the National Children’s Orchestra, National Youth Orchestra and the National Youth Brass Band.

Jordan impressed the judging panel with a performance of American composer Jennifer Higdon’s Percussion Concerto, written in 2005 for celebrated percussionist Colin Currie, and scored for a mix of pitched and non-pitched instruments. He was accompanied by the BBC Philharmonic conducted by Mark Wigglesworth.

Jordan Ashman says: “Taking part in BBC Young Musician 2022 was an incredible experience. Working on the Jennifer Higdon Percussion Concerto with Mark Wigglesworth in the Grand Final, and performing alongside such amazing musicians including the other competitors and the BBC Philharmonic Orchestra was something that I will never forget.

“The experience of playing to so many people in the Bridgewater Hall and Saffron Hall was breathtaking. I was, and still am, really excited to showcase what I and all the different percussion instruments can do, and I hope that I have greatly increased people’s understanding of percussion and that they can see how vibrant, virtuosic, expressive and dynamic the percussion can be.

“It is still only starting to sink in that I won, but I am really excited for the opportunities that may now come my way.”

Anna Lapwood, director of music at Pembroke College, says: “Jordan Ashman’s performance started not with loud, flashy playing, but with exquisite, gentle beauty. He held the entire room throughout that delicate opening and kept that magic through his whole performance.

“Jordan combined emotional expression with an easy, assured technique, and moments of brilliance that made all of us catch our breath. Throughout the competition, all five finalists demonstrated a bravery and commitment to excellence that was incredibly moving, showing us that tradition and innovation don’t need to be mutually exclusive but can go hand in hand. Bravo to them all, and to all the other extraordinarily talented young musicians who have been a part of this process.”

Suzy Klein, BBC Head of Arts and Classical Music TV, says: “It was a joy to witness all the talent and determination on display as part of the competition this year. These young musicians are the future of the art form, and show audiences that classical music is in constant evolution and that new generations find inspiration in so many different places. We wish Jordan and all the incredibly talented finalists the best for their future careers.”

Jordan Ashman follows in the footsteps of fellow percussionist Fang Zhang, who won the 2020 title at Bridgewater Hall in May last year – the Final delayed due to the global pandemic. Previous BBC Young Musician winners include celebrated classical music stars such as cellist Sheku Kanneh-Mason, violinist Nicola Benedetti, and clarinettist Mark Simpson.

In addition to the coverage on BBC Four and BBC Radio 3, the BBC Young Musician 2022 Grand Final is now available on BBC iPlayer for 12 months, and BBC Sounds for 30 days.