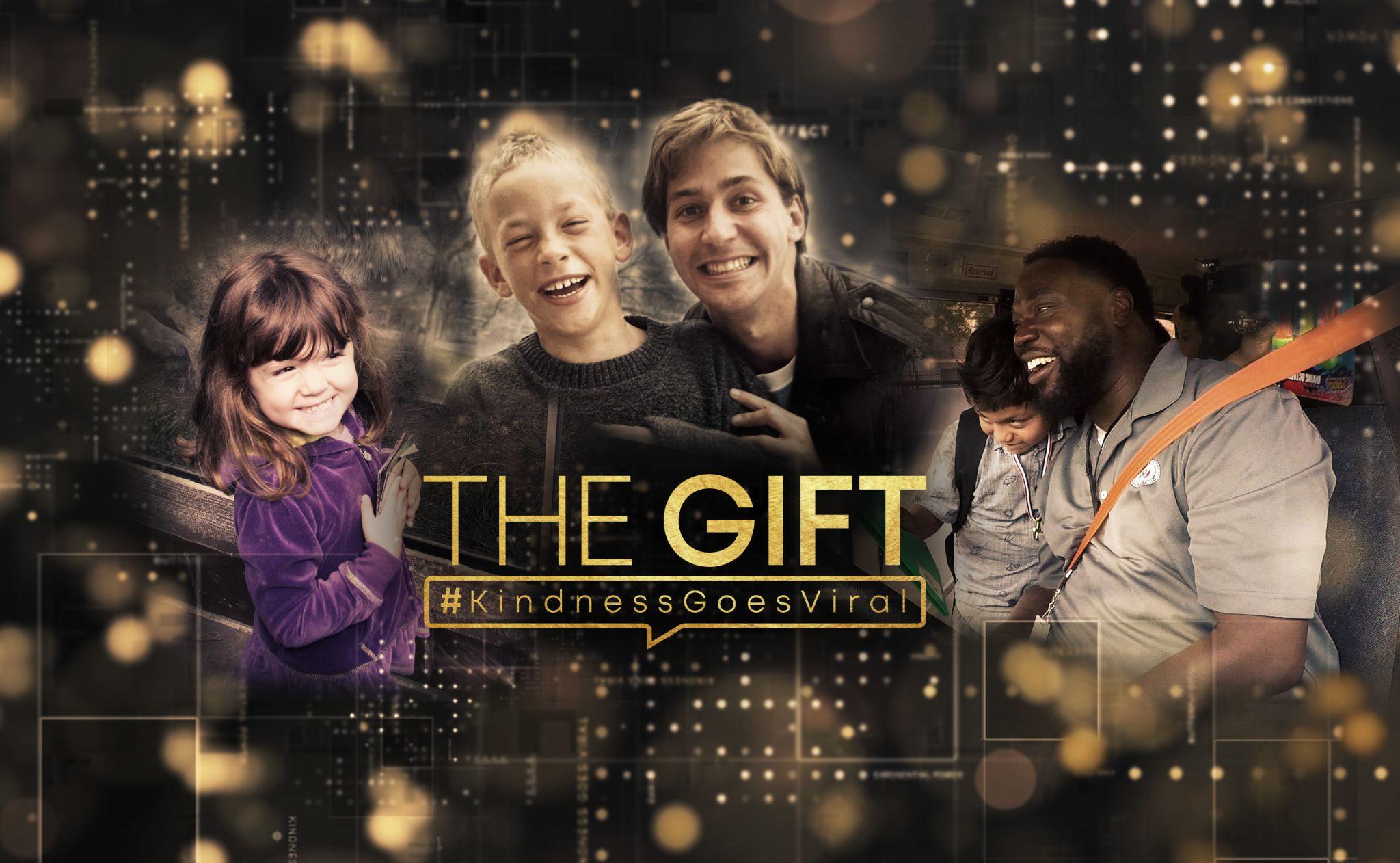 Can an act of kindness go viral? It seems so, and correspondent Steve Hartman examines how small actions can make real change in the CBS News Special THE GIFT: KINDNESS GOES VIRAL WITH STEVE HARTMAN to be broadcast Wednesday, Dec. 28 (10:00-11:00 PM, ET/PT) on the CBS Television Network and streaming on Paramount+.

Hartman, the correspondent for the iconic “On the Road” series on the CBS EVENING NEWS and CBS MORNINGS’ “Kindness 101,” brings his heartwarming and inspiring storytelling to primetime with this one-hour special focusing on ordinary people committing extraordinary acts that change lives far beyond their own communities. The stories range from a woman whose life was changed forever by a hairdresser who cared, to a family whose child would soon go blind using that experience to help others see the world, and a woman who couldn’t afford to adopt creating an inventive idea now helping others pay for adoptions. These stories remind us that one act of humanity can go a long way.

“Every one of these stories starts with someone who was helped by another person, and that interaction changed their lives forever,” Hartman says. “You see time after time how just one gesture can alter a person’s life. Very often, that moment inspires them to pay it forward, ultimately multiplying the impact of that initial act exponentially.”

Hartman himself, even as a young man, understood the gift of kindness by becoming a big brother as part of the Big Brothers Big Sisters of America. The special features a meaningful reunion for Hartman that shows the impact of this organization, which began in 1904.

THE GIFT: KINDNESS GOES VIRAL WITH STEVE HARTMAN features the work of MIT professor Peko Hosoi, who agreed to help Hartman search for a formula that can quantify what it takes for one act of kindness to spread and change the world.

During the hour, Hartman shares the story of a crime reporter at the Mansfield News Journal in Ohio who got a tip for a story she initially didn’t want to do, about a family that was taking their daughter to an observatory to see the stars before she lost her vision to a genetic disorder. The family had put together a visual bucket list for the young girl, which exploded once the story was published, leading to a trip to Italy to meet the Pope. The outpouring of kindness also led the family to create a foundation to help other children losing their sight.

Brittany Berry of DeWitt, Iowa, talks with Hartman about how the financial challenges she faced to adopt a child led to the creation of The Adopted Closet, which, through the sale of donated clothing, helps families that need assistance paying adoption fees.

Katie Steller, founder of the Red Chair Project, opens up about how a salon owner who cut her hair when she was a teenager suffering from an immune disease inspired her to help others. Today, Steller, a hairstylist, provides free haircuts and friendship to the homeless. She also launched the Steller Kindness Project to give a free makeover to people who commit an act of kindness in exchange for sharing their stories. She posts those stories on her website hoping others will be inspired to spread their own kindness.

Hartman also revisits some of the stories he’s previously reported to see how those initial acts of kindness have spread. For example, Hartman talks with Ruby Chitsey, 15, who when she was 11 asked residents at a nursing home to share three items they wished for. That led to the creation of a national foundation where young children fulfill the wishes of nursing home residents.

Hartman also talks with Dallas-area school bus driver Curtis Jenkins, who shares what inspired him to give his students attention they might not get at school or at home. The experience turned into a new career for him as a leader who motivates others to use kindness to help.

And Hartman heads out on a trip with an anonymous “Secret Santa,” who each year hands out money to those in need, following in the footsteps of a friend who began the project decades earlier. The inspiration for the original “Secret Santa” began in 1971 when the man, then homeless and unable to pay for a meal at a diner, was given $20 by a stranger. That gesture changed everything and the homeless man became a successful person of great wealth. He never forgot that day in the diner and would hand out money at Christmas every year until he died. After he passed, his friend took over the good deed.

As a tie-in to THE GIFT: KINDNESS GOES VIRAL WITH STEVE HARTMAN, Hartman is hoping to start a wave of kindness through a social media campaign asking viewers to post a photo or video of themselves doing an act of kindness using the hashtag #kindnessgoesviral. In addition to the Kindness Challenge, CBS News will be reaching out to the Kindness 101 Teacher’s Group on Facebook with a viewing guide, offering students and families some prompts on how they can pay it forward with kindness.

THE GIFT: KINDNESS GOES VIRAL WITH STEVE HARTMAN is produced by See It Now Studios. Jon Meyersohn is executive producer, Susan Zirinsky and Terence Wrong are also executive producers, Aysu Saliba is the supervising producer and Adam Goldfried is the executive director.