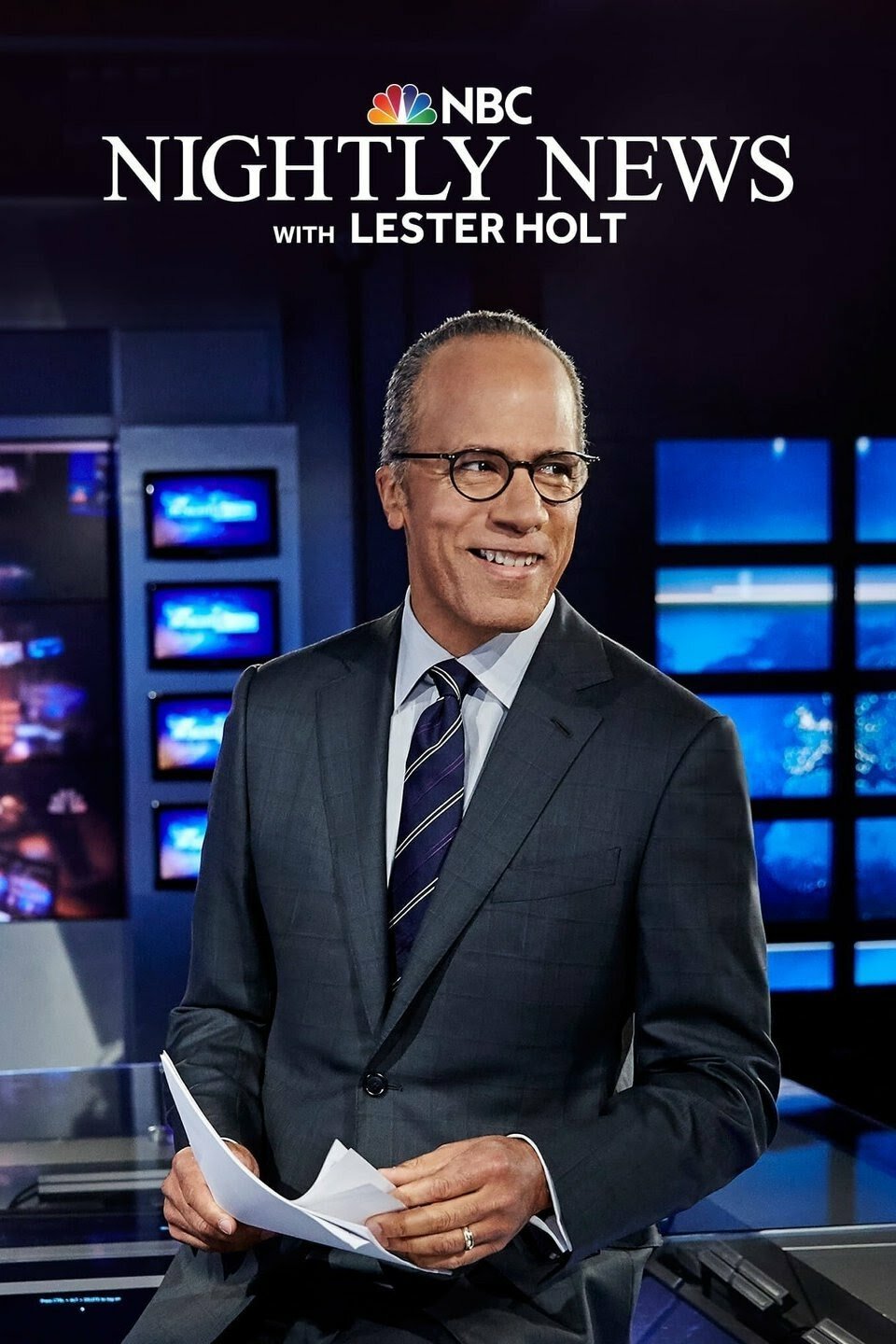 NBC Nightly News (titled as NBC Nightly News with Lester Holt for its weeknight broadcasts since June 22, 2015) is the flagship daily evening television news program for NBC News, the news division of the NBC television network in the United States. First aired on August 3, 1970, the program is currently the most watched network newscast in the United States, with an average of 9.3 million viewers, just a few thousand more than its nearest rival, ABC's World News Tonight. NBC Nightly News is produced from Studio 3B at NBC Studios at 30 Rockefeller Center in New York City.

Since 2015, the broadcast is anchored by Lester Holt on weeknights, Jose Diaz-Balart on Saturday and Kate Snow on Sunday. Previous weekday anchors have included David Brinkley, John Chancellor, Tom Brokaw, and most recently Brian Williams. The program is broadcast live over most NBC stations from 6:30 to 7:00 p.m. Eastern Time seven days a week; a special "Western Edition" of the program occasionally features updated information on news stories covered during the original telecast for Pacific Time Zone viewers. Its current theme music, "The Mission" (which debuted in 1985) was composed by John Williams.