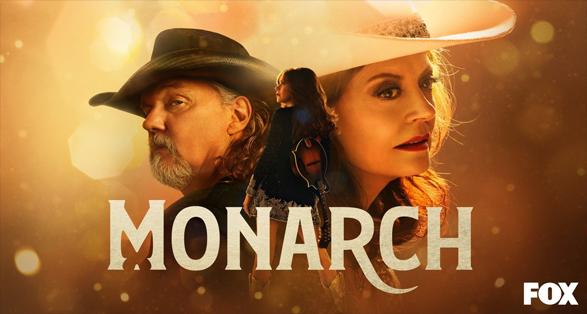 Monarch Tonight “There Can Only Be One Queen”

The Romans band together after tragedy strikes. Meanwhile, sparks fly between Wade and Nicky.

Tonight, the November 22 episode of “Monarch” airs at 9PM ET on Fox. Watch episodes Hulu and Fox.com. THIS IS A REPEAT OF SEASON 1 EPISODE 2

Reigning King of Country Music Albie Roman, along with his insanely talented — and tough as nails — wife, Queen of Country Music Dottie Cantrell Roman, have created a country music dynasty, but even though the Roman name is synonymous with authenticity, the very foundation of their success is a lie. When their reign as country royalty is put in jeopardy, heir to the crown Nicolette “Nicky” Roman will stop at nothing to protect her family’s legacy, while ensuring her own quest for stardom, alongside her brother Luke and sister Gigi.

The series was created by Melissa London Hilfers