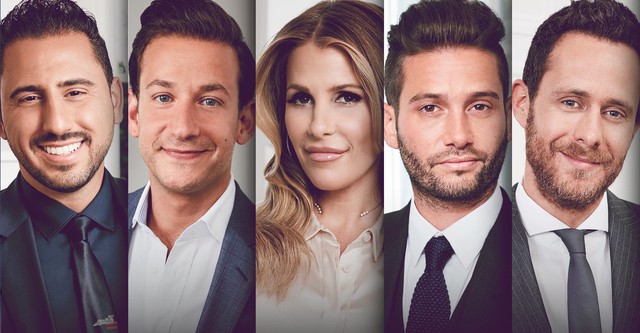 • Bravo’s “Million Dollar Listing Los Angeles” is back for season 14 on Thursday, Dec. 8 at 9pm ET/PT.

• Fresh off her promotion, Heather Altman returns part-time as partner and co-CEO of the Altman Brothers.

COMING UP THIS SEASON

• Critics Choice Real TV Awards winner “Million Dollar Listing Los Angeles” is back for Season 14 on Bravo, offering a more intimate look than ever before into the lives and careers of real estate powerhouses Josh Altman, Josh Flagg and Tracy Tutor. With Flagg’s recent move to Douglas Elliman, this dynamic trio are all working under the same agency roof for the first time, leading to unprecedented levels of collaboration and competition. After a two-year housing boom, interest rates are now on the rise and the agents must adjust in real-time to the changing market while still securing the best deal for their clients. Whether they’re co-listing or teaming up for a mega-priced listing adventure in Vegas, this trio knows how to have fun while going head-to-head on the most outlandish and impressive properties.

• Josh Altman continues to struggle with work-life balance as he expands his already formidable reach into Orange County, Calif. With wife Heather Altman serving as partner and co-CEO of the Altman Brothers, the couple have never worked closer together. However, that doesn’t mean they’re always in lockstep in the office or at home as Josh secretly entertains an unsolicited offer on their Beverly Hills home.

• After five years of marriage, Josh Flagg navigates a contentious divorce with the help and counsel of his fellow brokers. When the ex-couple refuse to give up a shared property, they are forced to co-list and face each other for the first time. With growing tensions from his prior relationship, Josh is ready to turn over a new leaf, romancing a new and much younger man despite Josh Altman and Tracy’s reservations.

• Tracy Tutor is raising her family in the freshly minted home that Josh Flagg helped her score last season. With her business continuing to soar, Tracy sets a major record in Orange County and helps a friend purchase a long sought-after Diane Keaton-designed home. She also begins mentoring her daughter Juliette, who wants to follow in mom’s footsteps. As Tracy continues working closely with the other brokers, she finds herself in a tense negotiation with Flagg that puts their friendship to the ultimate test.