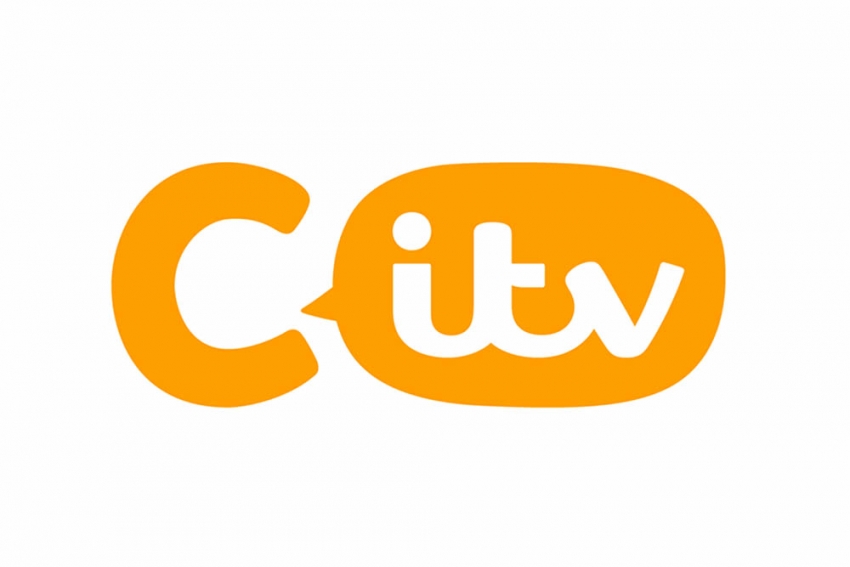 Comedy art and craft show for 6-12 years olds Makeaway Takeaway will be back on CiTV this Autumn with its hotly anticipated second series.

Presented by comedian Bec Hill, bursting with unique makes, top tips and inspirational art ideas, she experiments with recycled materials and uses her hilarious funny bones to make us laugh every step of the way.

Coined ‘the Deliveroo of the art world’, Makeaway Takeaway will see Bec fulfill the wishes of her young customers by dropping art off right at their door. Through her Bubble Station, Bec receives a call from a customer asking for help to solve a dilemma and whether it’s coming up with a creative solution for getting to sleep at night, or what to do for a family of chatterboxes, Bec whizzes to their aid and together they make an awesome piece of art.

Back at the takeaway Bec rustles up a Make of the Day for a child who presents her with three mystery ingredients, and through her banana phone, a customer requests a huge arty surprise for someone special in their life. Peppered through each show we also experience takeaway techniques, paper puppetry and mini makes. Each episode is packed with a cornucopia of ingenious ideas for audiences to try at home.

In this brand-new series Bec creates the perfect advert, uses optical illusions to make 2D art, makes a Pizza Piñata and some Forever Flowers with just three ingredients, helps a customer save some holiday money and another to sleep better at night, visits Chessington World of Adventures, Warwick Castle, Blenheim Palace Forest and The National Space Center, plus much (MUCH!) more

Jo Killingley creator and Executive Producer says “Creativity and humour are so important in children’s lives and Makeaway Takeaway combines them both. Bec Hill is a comedy genius who makes us belly laugh throughout the whole production.

The series is a delight to work on and the team love the challenge of digging through their recycling to see what quirky things we can make. Who thought some recycled pots and cardboard could be transformed into a ‘Dog Bum Organiser’ for all your pets needs!”

Bec Hill
Australian-born Bec Hill is an award-winning comedy performer and sought-after television writer. She writes and hosts her own family-friendly CITV series “Makeaway Takeaway” and is the creator and author of Hachette’s new collection of creep-tastic books called “Horror Heights”. Bec has appeared on multiple comedy and panel shows, including “8 Out of 10 Cats Does Countdown”, “The Jonathan Ross Show”, “Jonathan Ross’ Comedy Club”, and every season of “The Dog Ate My Homework”. When she isn’t performing, writing, or going viral for her paper-puppetry, she co-hosts the podcast “A Problem Squared” with mathematician and YouTuber, Matt Parker. She loves sci-fi, is the self-proclaimed Tooth Fairy for Adults, and owns a dwarf hamster called Pudding.

Dot To Dot is an award winning, multiple BAFTA nominated children’s television production company with commercial experience in devising, developing and delivering all genres of children’s programming, for British and International Broadcasters including; CBeebies, CBBC, CITV, Nick Jnr, Disney, S4C and ZDF. Dot To Dot was set up in 2004 by children’s producer, Jo Killingley. Jo, a former primary school teacher, left teaching to pursue her first love, children’s television. Alan Robinson, Head of Development and Animation joined the company in 2010 and together they have devised and produced many hit series including: Bubble and Squeak, William Whiskerson, Get Squiggling! Get Squiggling Letters, Totally Rubbish, Footy Pups, School of Roars, Art Ninja and Makeaway Takeaway. Big Cook Little Cook is a series Jo devised and produced 18 years ago, it was a huge sucess and Dot To Dot are proud for it to be returning to CBeebies, revamped with a new female talent.

Dot To Dot makes much-loved, ratings-winning programmes for children. Their aim is to engage and fuel imaginations with humorous, enriching and above all entertaining content.