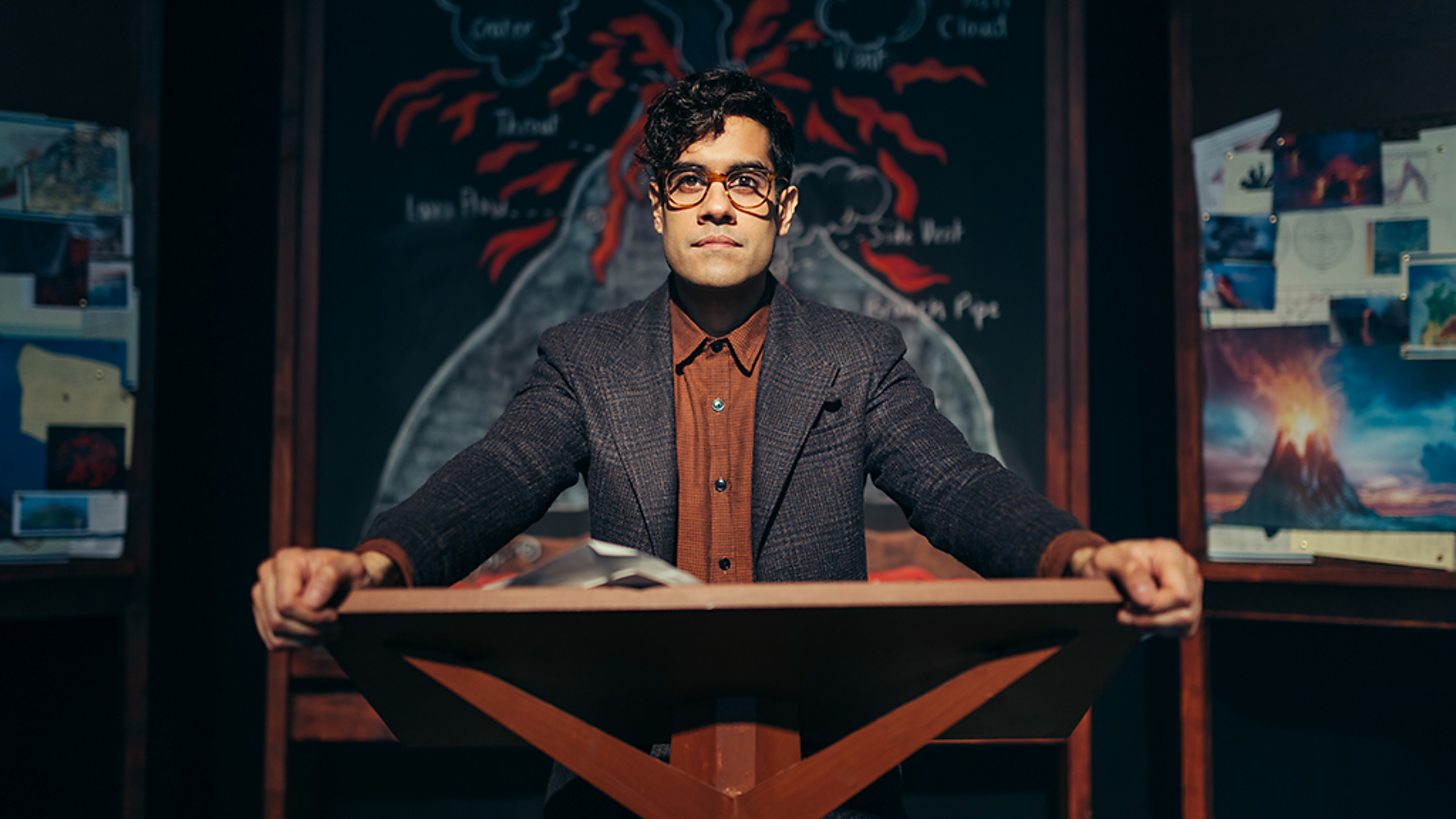 How did you feel when you heard you’d play such a big part in the Thirteenth Doctor’s final episode?

I was really excited to be a part of the centenary special and Jodie’s last episode, but I was also slightly nervous. You want to do the episode justice for Jodie, the rest of the cast, and for the fans. So it was a case of being excited to come back, but also wanting to offer the fans something different. I think that’s something we’ve certainly achieved.

Did you expect to return?

I knew Chris (Chibnall) wanted to bring me back. We had an open and honest conversation which was amazing, it was like a wish list. He asked me, ‘If you were to come back, what would you like to do’ and I think my head exploded. I think one of the things I really wanted to do is… fans have seen my incarnation, but I always felt that with The Master, there are so many different layers to explore. For me, he’s always been a master of disguise. He’s not happy within himself so he likes hiding in the skin of other people. That’s why I said to Chris that in this episode, I’d love to play around with these different layers and see how far we can take it.

Is it hard to get back into The Master’s skin every time?

It always brings challenges and that’s great because I’m always wanting to do something different with it. But I enjoy playing him, so even though it can be a bit terrifying at times, it’s a good feeling to have. The Master is unlike any other character I’ve ever played because they’re so rich and dynamic. You never quite know what you’re going to get, and I relish leaning into that.

Sophie (Aldred) and Janet (Fielding) have complimented your work!

That’s so nice of them. I’m a huge fan of both Janet Fielding and Sophie Aldred, they’ve had so much more history with the show. It’s a huge part of their lives and you want to do it justice for them, so when they are complimentary, it means more than just an actor complimenting your work. The feeling is certainly mutual and I think they do a fantastic job in the episode.

What is it that you think makes The Master such an iconic villain throughout Doctor Who’s history?

It’s like the relationship between Moriarty and Sherlock Holmes. The Master gets to do things that the Doctor just can’t do. You can even wipe out his existence and he’ll still find a way to come back with vengeance. He’s also a character you love to hate because there’s always a certain charm and charisma in the execution of his evil plans. I think the audience really like that because it counteracts The Doctor.

And the relationship between both The Master and the Doctor has always been so fascinating because it’s steeped in so much history, not only in front of the camera, but also, behind the camera too, especially if you look at the actors that have taken on the role over the years. And it’s a show that totally embraces each new incarnation with such excitement, with each era being an historical event of our time; ‘Who was your Doctor?’

I guess it’s the fandom themselves that make both The Doctor and The Master so iconic, by being so warm and welcoming of its new additions. It’s why the show continues to thrive from generation to generation.

Can you tease what audiences can expect from The Master and the special in general?

There is a line that The Master says to the Doctor, ‘This is the day you die’. In fact, it’s the day that puts both their lives on the line because The Master has no real control over its outcome, which makes it all the more terrifying. The Master will set out his masterplan with plenty of room for spontaneity and chaos. He’s really pushes the dial to its limits, because the truth is, he has nothing left to lose.

Can you tell us about any key moments from filming or building friendships on set over the years?

It was so nice working with the Doctor Who team again. It’s like stepping into one big family as they’re all so warm and welcoming. I was so nervous when I first joined the cast in Series 12, but I felt like I was more at ease this time round which meant I could soak it all up a bit more, and take in what was really a special moment in history. Not only were we celebrating the centenary, but we were also celebrating Jodie’s era as the first female Doctor. I couldn’t be more honoured and proud to have been a part of that.

I will always recall my first day in Series 12; we were in South Africa against this absolutely amazing backdrop, which I couldn’t take in because I was just so nervous. It was only when I stepped into the make-up trailer for the first time and was greeted with both Jodie and Mandip’s beaming faces and contagious laughter that I knew that this was going to special one.

Can you tell us a bit about the different incarnations of The Master we can expect?

One of the early ideas I had about playing the character was that I didn’t ever want to use prosthetics. It’s what makes The Master such fun to play, because I get to sink my teeth into so many different characters, and the onus is on me to make them believable and interesting. It also keeps the audience on their toes too, because I never wanted them to feel settled with my incarnation.

With this episode in particular I had early conversations with Chris (Chibnall) about each specific version of The Master and then worked closely with our brilliant makeup team and costume designer (Ray Holman) to create the right look. It does require a lot of attention to detail, not just in how the character looks, but making sure the performance of each incarnation feels truthful and fully formed. There’s definitely one incarnation you wouldn’t expect, but has been a long time coming…

What have been some of your standout memories on Doctor Who so far?

There’s been quite a few but I’d say the reveal of The Master on the plane in Spyfall was an iconic moment. That was the first time anyone had seen my incarnation. You practice the scene over and over again on your own, but it’s only when you get on set with the actors that the character really comes alive. It was utterly terrifying, but something really special happened in that moment. To be honest, it wasn’t what I initially intended when I was rehearsing on my own… but that’s what I love about what we do. Sometimes you just have to surrender to the moment, take it with both hands, and embrace it.

Could you ever be tempted back to Doctor Who?

I’m in two minds about coming back. I was nervous about coming back for the centenary special because you offer something up and you think, ‘Well, maybe I have done as much as I can with it and I don’t ever want it to feel predictable’. And we end on such an epic finale in this special… do we need to see him again?

But in saying that, it’s Russell T Davies and he’s an amazing writer and a beautiful human being too… so who knows? And also, let’s not forget, you can put The Master on the edge of the universe, but he’ll always find his way back again…

How would you describe the legacy of Jodie Whittaker’s Doctor?

I remember seeing the announcement that Jodie was the first female Doctor and I wasn’t part of the show then. I was blown away because it was a real moment in history, and she couldn’t have been more perfect for it.

But to be an actual part of the show, you get to see a version of the Doctor that people don’t get to see, which is Jodie being an absolute company leader. She’s the most gracious and generous actress I’ve ever worked with. And she takes it upon herself to look after all of us on set, which isn’t an easy feat when you’re playing such an iconic role. And she manages to do it all with such ease and charm.

The world is moving way too fast nowadays. We’re always looking for the next ‘moment’, the next piece of news, without really digesting the moment here and now. And Jodie’s era is an iconic moment in history not only because she was the first female Doctor, but she was also part of an era that overcame a global pandemic. A pandemic that has changed our lives forever. Jodie for me represents hope, our shining light, she’s a beacon of our time.