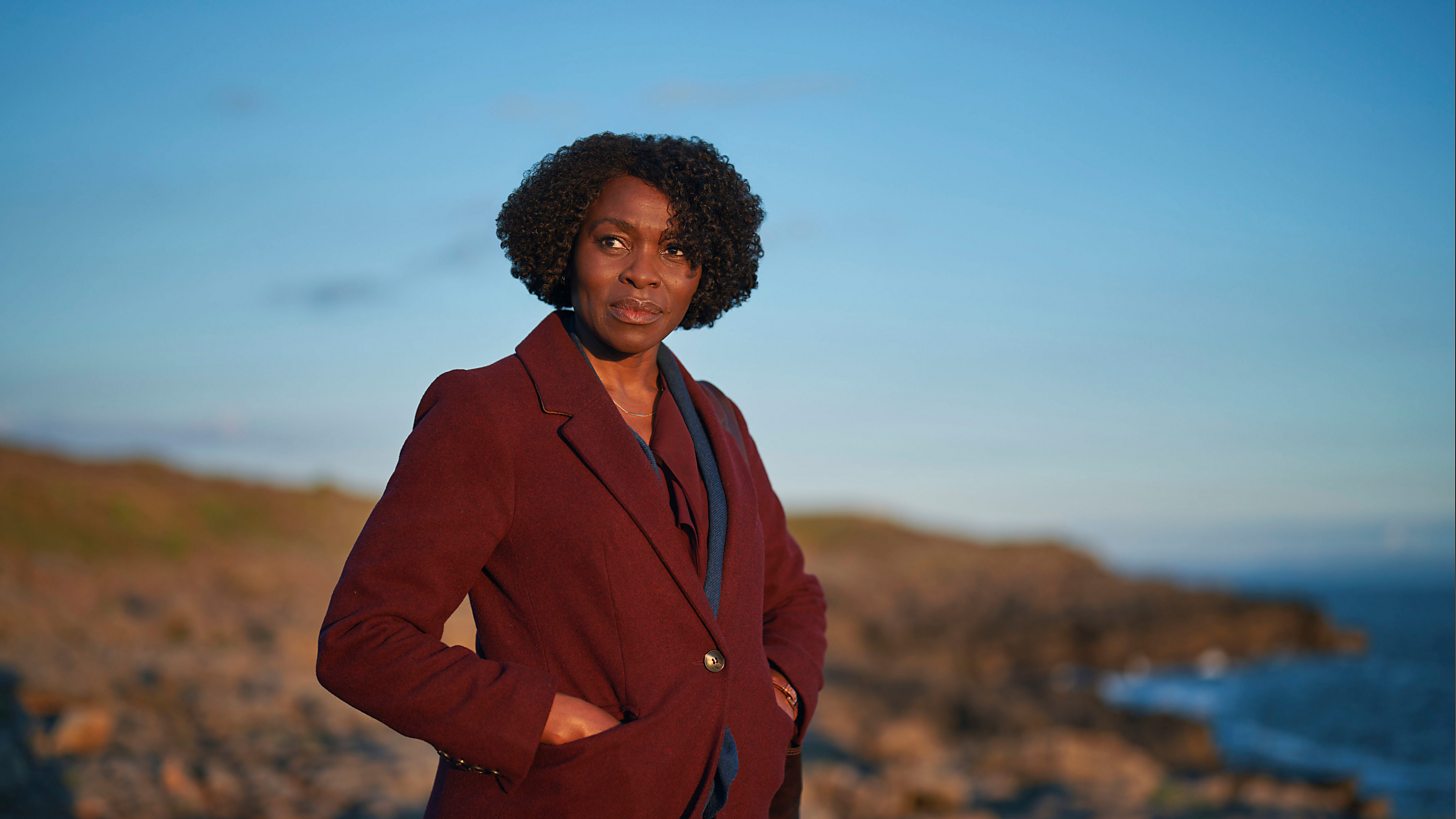 What was it in this second series that really resonated with you?

Pete McTighe and I had been talking. We had got on very well coming out of the first series and we were in the very early stages of another project. Then The Pact was re-commissioned so I thought that I wouldn’t hear from him for a year. He got back in touch (with the script for The Pact series two) and said, “Just have a look at this”. I didn’t really know where I might fit in it, but when I read The Pact again through Christine’s eyes I thought, ah right, this is it. What actor wouldn’t want to do this? She’s so multi-faceted.

Where do we find Christine at the start of this story? It is over a year since she lost her son Liam to a drugs overdose.

It’s about a year and a half later. There is that very fresh grief. When we meet her that’s the weight that she’s carrying – the weight of having lost a child. Whatever the circumstances it will always be traumatic. It was so unexpected. But she is bearing it. She is getting on with life the way people do. She is working and she’s taking care of the others.

Did you speak to anyone in your research about working in the social services?

I started to. Three of my friends are social workers. Then I thought that I didn’t want any of them to think that I based Christine on them. I don’t think they would love me for that. So, I stopped talking to them about it. Christine is a really good, competent social worker.

There are drawings and paintings on the mantelpiece in the dining room of the Rees family home. Were some of those touches down to you, adding details that help to build the family and make them authentic?

When I walked into the house, I needed to understand it as somewhere that Christine lives. Ok, so she’s managed to hold onto all this bric-a-brac and none of it is broken in spite of having four children around. I’m assuming she is not a woman who goes to flea markets, so these ornaments have been there a long time. So if she holds onto things then I think she should hold onto some of their drawings and paintings as well. Her children needed to be in the house and the co-grandson needed to be in the house. It’s eclectic. There is an element that the oddity of the house makes sense of the oddness of the family.

Wearing your Executive Producer hat, how were you involved with the casting process?

When producer Adam Knopf said Mali Ann Rees was playing Megan, I said great. I love Mali’s work. We’d done a couple of readings on Zoom, and I had been to see her in a one-person kids’ show. I was a fan of hers. When it was decided that the family would be biracial, I said, ‘Whatever we do the kids have to have South Walian accents.” I didn’t have a say beyond that. I asked if they could just let me know who they were offering to before they made the offers. I did want to know who is involved because you work for 30 odd years and you don’t love everybody and not everybody loves you.

How would you describe Christine’s relationship with her three surviving children, Will, Megan and Jamie?

I would describe Christine’s relationship with her children as quietly overbearing. They know that if Mum says she’s cooking dinner they all have to be there. It doesn’t occur to anyone to not turn up. If that ever happens you know that something’s up. I think she has managed to stunt their development accidentally. They don’t realise quite how dependent they are on their mother and how led they are by her.

From the outside Christine is the perfect mother. She has done amazing things as a single parent. From the inside she has held on to a bit too tight and for a bit too long.

And then this stranger Connor appears…

Yes. She instantly sees him as a threat. And he does look like Liam. There is no getting away from that. So, she knows this is really bad. It’s interesting that her instinct isn’t to care for him. All she sees is the threat.

How were you able to help the crew trainees on this series?

It was really important to me that the make-up of the crew was as diverse as we were able to achieve. We can always do more. What’s brilliant is we had loads of trainees coming in. So the representation on our crew was by people who sometimes were on a set for the first time, which is great. Then my preoccupation is very much, “are you learning anything when you are with us?” Everyone is busy and not everyone is able to teach, either because they are busy or just because they are learning themselves. I just start with assuming you don’t know anything and go from there. I also make sure they get to watch the monitors, so they know the scene we are doing and why they need to be quiet for 10 whole minutes.

What do you hope people take from this series?

I hope that people just get involved with the story and see it as a piece of drama that they want to know the end of. I hope that they find a character that they want to follow through it, whether it be Christine or one of the children. I’m sure there will be people going, “is this a Welsh family?” Yes, it is. It’s a family who look like this from Wales. I just hope they are able to sit in it. It is about being seen. Some people will feel for Christine, some people will loath her. That’s fine. If you get into the story wanting to slap Christine across the chops, that’s ok with me as long as you are connected to the story. I want them to feel something.

Finally, congratulations on your 2021 Supporting Actress Bafta for Anthony. Have you noticed any changes in your career because of it?

A massive change is I have been acting for 33 years and this is the first time I have been an Executive Producer on something that I didn’t pay for. That’s a massive change right there. So, thank you Little Door, BBC and Lionsgate. And now I am getting more lovely scripts. So, I’m very grateful for all that.