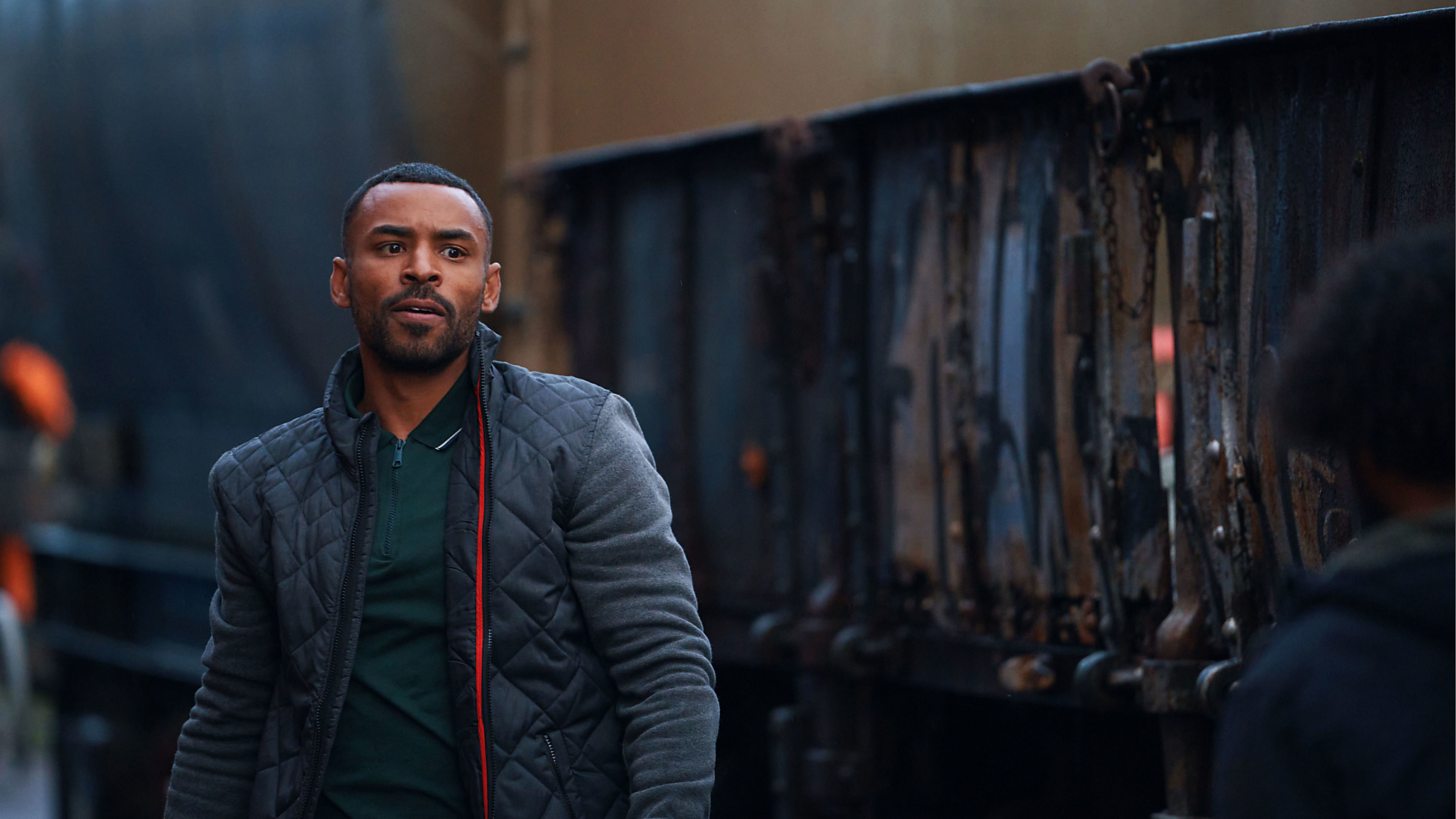 What was it about this second series of The Pact that really excited you when you read the scripts?

I got the first episode and I’m dyslexic, so it takes me ages to read a script. But if I get a script that I am super into, I finish it. I was done with this in about two hours because I was just so intrigued. What is this about? Who are these characters? Where are we going with this?

Will is described as a smart, cocky, successful businessman. He is not the easiest of characters to warm to, unlike Jez who you played in Casualty. What was it about Will that you found interesting?

What I found interesting was his inner workings. Why are we the way we are in any walk of life? What makes one person behave this way and another person behave that way? What happened to them in their childhood? What events did they go through to manifest into this version of themselves? As I am getting older and more experienced and more mature, I can see that Will is a brilliant, complex character.

What does his house on Marine Drive in Barry say about Will?

He likes nice things. He’s materialistic. It’s quite a minimalist house. It’s a designer house. It’s got the nice bedroom and long balcony. It’s got a nice driveway for the Range. This is what success looks like. It looks out over the water. In terms of him being materialistic I don’t think there’s anything wrong with that as long as you aren’t trying to find yourself in those material possessions. But he is.

On paper Will has got the perfect life. He’s got a beautiful wife and child, a lovely house, the car, the money – but he is deeply traumatised by something that happened. I guess this generation now is looking at that. What is this hole that I am trying to fill? Will doesn’t have that self-awareness though. That’s why he is an interesting character to play.

How much time does Will make for family life?

He definitely has a lot of time for his wife and son because of the abandonment by his father. He has doubled down on being there for his family. As for his brothers and sister, Will is the eldest. He’s been through the trauma of having his father leave and feeling that kind of emptiness. The other siblings, Megan and Jamie, have grown up closer in age and they have a genuine bond. Will is the outsider. It’s hard to say which of the children is closer to their mum, but Will is close to his mum because she had his back. She stood by him.

What discussions did you have with Rakie about their mother-son dynamic?

We talked about the dynamic but then just left it. I feel like sometimes with a scene I’ll come up with an idea and a plan but then there is going to be something else that I can’t control that is going to inform me. Who knows what that is? It’s when you are in the moment. It might be something like, all of a sudden Christine touches his clothes. These little mannerisms start to just form without you even having to think about it. I always try to leave as much space for that and don’t try to control things too much.

How has Will been coping since the death of his brother Liam?

I think he has hugely suppressed the emotion. He is living with a lot of guilt. Probably what has made it more difficult is he thinks he is not worthy of grieving for someone. He is just getting by. He is doing what a lot of people do. “How are you?” “Yeah, I’m fine”. He has been deeply struggling. In the story he self-harms. People usually connect a lot of shame to that. You are punishing yourself. He is creating suffering for his own interpretation of what happened.

What’s been your favourite location to shoot in?

We shot in an abandoned railway. There were all these abandoned trains. We were doing a chase scene there. That was a part of Barry I had never even seen down in the docks. That was super-cool place to film. I also loved filming up by The Knap on Marine Drive. There I really felt like, oh wow, this has really come full circle for me. Now I am actually filming where I first had the idea to be an actor.

What do you hope viewers take from this? What do you think it has to say?

I think the best dramas put you in the positions of the characters. Would you then make the same decisions with your family? How deep does your pact go? Another thing I would say is that this is the entertainment business. I want people to be entertained. Sometimes you just need to keep it simple. What’s going to happen next? That’s how I am when I watch a good programme.