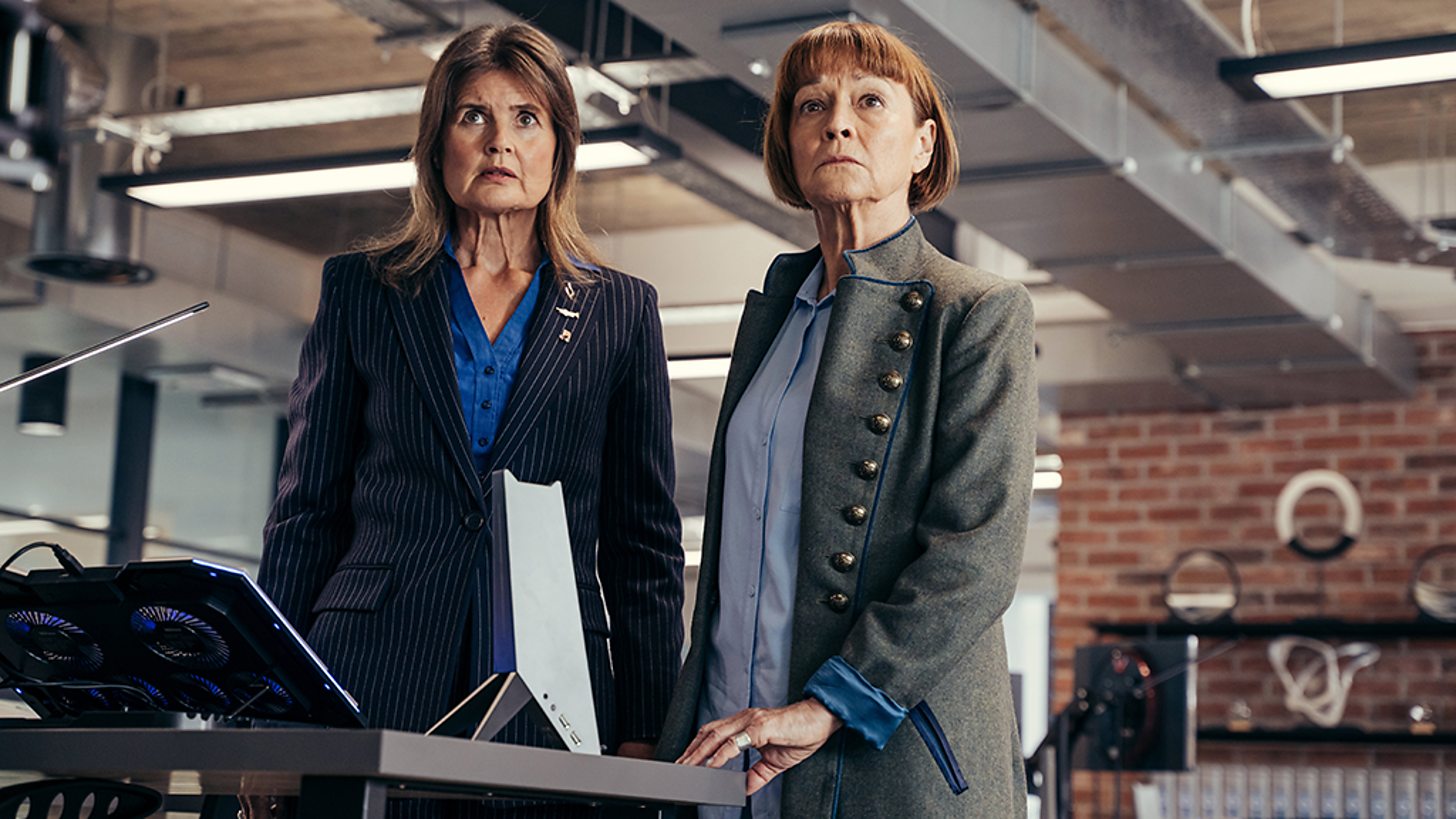 Was it difficult to make the decision to come back to Doctor Who?

It took me oh, it must have been a whole thirty seconds to think yeah, I would (be interested)! But I didn’t anticipate that it would be anything other than a tiny cameo. I just assumed that that’s what it would be. And it wasn’t!

Can you tell me about your discussions with Chris Chibnall about coming back?

Well he phoned me up and we had a long chat and I said I thought that Tegan would be some sort of social campaigner, that I saw her getting involved in social issues, and that amongst them would be the environment and campaigning… I thought she’d probably have a couple of divorces behind her and that she would have adopted a child because that would be an environmental thing for her to do.

Was it challenging to get back into the character of Tegan again?

I do the Big Finish audio dramas, so I’m still often in the head space anyway although usually it’s back in time and not Tegan having moved on. I’m nearly 70, so it’s slightly different, it’s Tegan not having left the world of Doctor Who, it’s Tegan before she walks out the door which I did in 1984.

Was it hard to keep your return a secret and how did you feel about the reaction?

I found keeping the secret quite difficult because people are used to me going away doing Blu-ray extras and doing the odd bit of filming for that and fan conventions so I basically told people that I was doing Blu-ray extras, just I seemed to be doing more Blu-ray extras than normal, an awfully concentrated set of them, so that was quite funny. So “Where are you filming?” people make conversation, I made the mistake of saying “Cardiff” to a friend who instantly guessed because I’d been going away so often! She’s a really good friend and I told her if you tell anybody I’ll have to kill you, and she did keep the secret! One of the hard things was how do you get people to run lines because you need somebody to run your lines with you.

Was that aspect of getting back on set quite nerve wracking, in terms of tackling line learning, etc?

The response was just amazing, to hearing that you were coming back. Was there anything that stood out to you?

I was gobsmacked! Everybody sort of said, ‘Oh my god I screamed when I saw you and Sophie (Aldred) in the trailer!’. And you go, ‘Really?’ They were so excited. Chris Chibnall and Russell T Davies both warned me, and reached out to say it will be incredible. It was truly overwhelming the number of tweets that night. And then of course all the newspapers picked up on it and all the online editions had it as a story. I sent it off to my brothers in Australia.

Can you talk a bit about your involvement with the villains on set?

I’ve got such sympathy for Patrick O’ Kane as the lead Cyberman (Ashad). He is absolutely terrifying to look at, he emanates really serious menace and he’s a very big man anyway, but he so was terrific, because we were in scenes together, we would sit and wait in the breakout area and I’d think “Oh god, how uncomfortable that must be.”

And then Sacha, I mean, Sacha is so good as The Master. So menacing. I’d use the word, unhinged. He’s very unpredictable as The Master, he’s very alarming for that reason…it’s a brilliant performance.

Did you have input into Tegan’s costume?

I went to meet with Ray Holman just before we started filming. He’s clever, Ray, and he’s so lovely, what a lovely team. I sort of said what I thought, given what her story is now and how she’s developed, and he had put together what he thought, we didn’t even have to go looking, he’d sent me a photograph of the jacket, coat, and as soon as I put it on I thought ‘yep, absolutely, love it.’

How would you describe where we find Tegan in this special?

The former companions who are on Earth have managed to get in contact with each other and she and Ace know that something is happening, and that the activity is likely to be alien. And they are investigating…

Did you enjoy working with Sophie Aldred?

Of course. How could you not enjoy working with Sophie? She’s the loveliest person.

Did it feel special to be part of Jodie’s final episode?

It felt hugely special. The first female Doctor, and a really exciting story, and also that I’ll be there for another Doctor’s regeneration – it’s the second time that’s happened! (Note: the first time was for Tom Baker regenerating into Peter Davison: Tegan’s first story, Logopolis)

How would you describe Tegan?

She takes no nonsense and she’s assertive and a lot of female characters of that time were “I’d be so nice to have in your drawing room” whereas Tegan would be more likely to challenge you. “Oh really, you think that? Tell me why.”