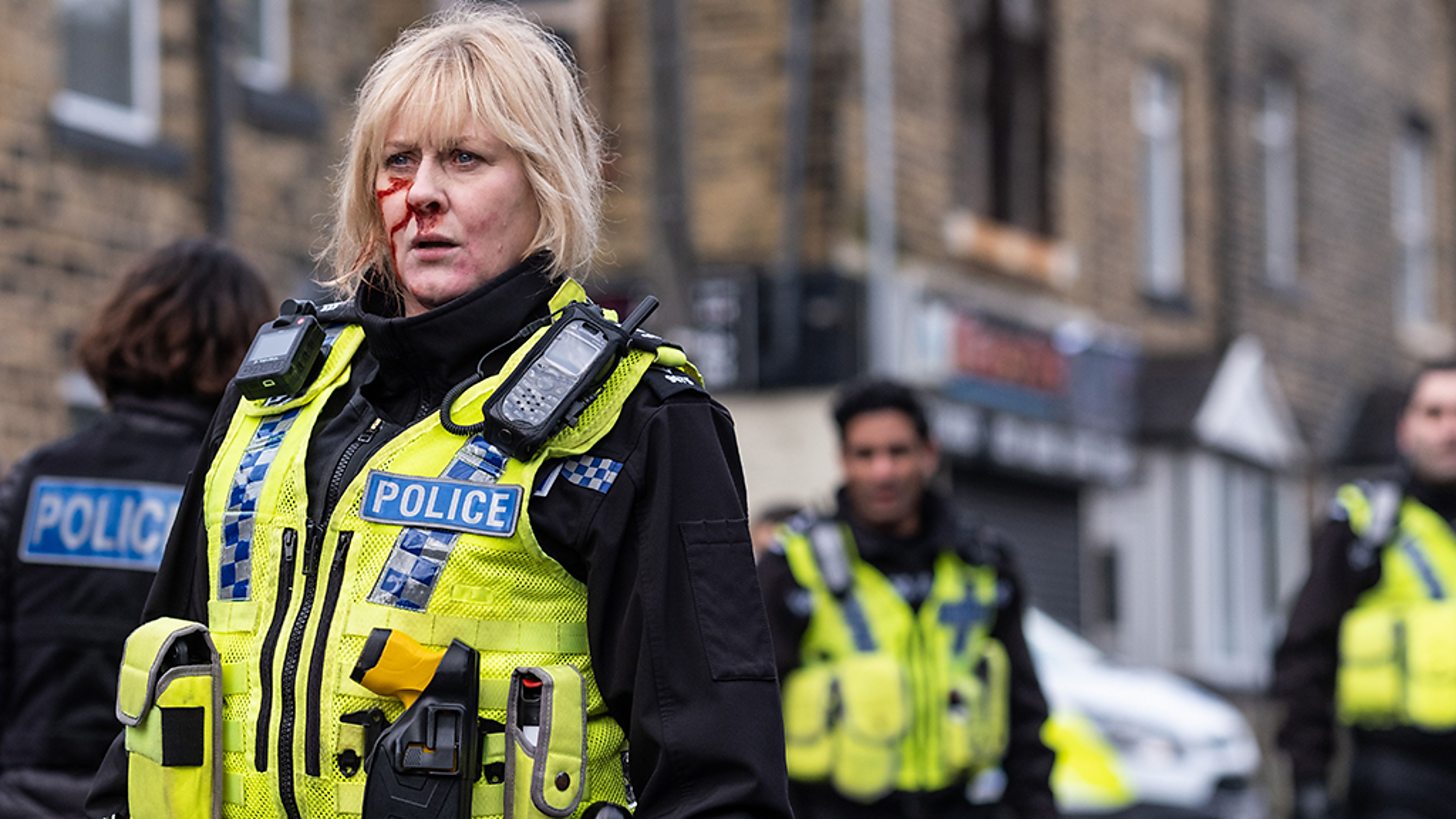 The six-part series, featuring Sarah Lancashire in her iconic role of Sergeant Catherine Cawood for the last time, is made by Lookout Point for BBC One and BBC iPlayer, in co-production with AMC Networks.

Catherine is pictured with a bloodied nose in the aftermath of a police raid.

When Catherine discovers the remains of a gangland murder victim in a drained reservoir, it sparks a chain of events that unwittingly leads her straight back to Tommy Lee Royce. Her grandson Ryan is now 16 and still living with Catherine, but he has ideas of his own about what kind of relationship he wants to have with the man Catherine refuses to acknowledge as his father. Still battling the seemingly never-ending problem of drugs in the valley and those who supply them, Catherine is on the cusp of retirement.

Most recently airing on BBC One in 2016, Happy Valley is adored by viewers and critics alike, with series two attracting an average audience of 9.3 million. The first two series each won the BAFTA Television awards for both Drama Series and Writing: Drama for Sally Wainwright, with Sarah Lancashire winning the BAFTA Television award for Leading Actress for series two.

Happy Valley series three will premiere on BBC One and BBC iPlayer, and the first two series are available to watch in full on BBC iPlayer now. In the U.S. and Canada, AMC Networks will be the exclusive home for series three which will be available on the AMC+ premium streaming bundle where series one and two are also now available to binge.

Further information about Happy Valley series three will be announced in due course.