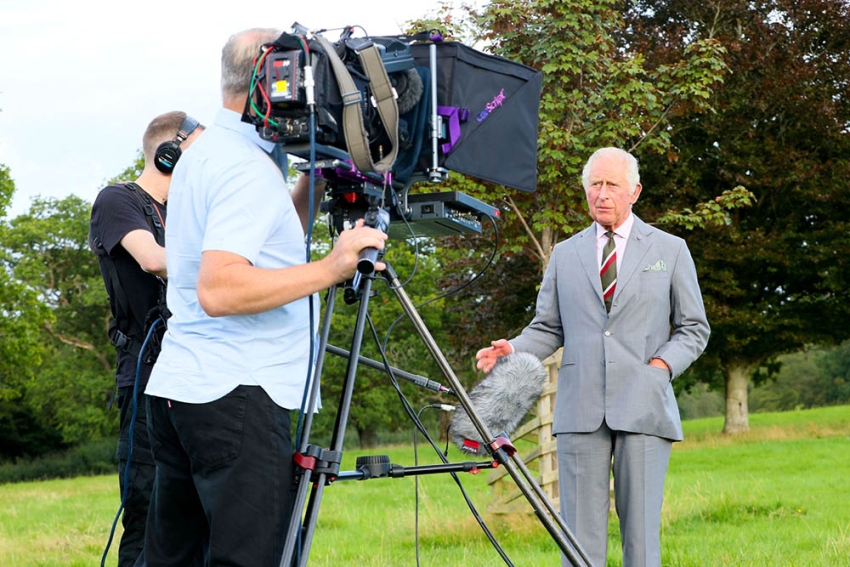 Recorded a little earlier this year by the then Prince of Wales (before his accession to the Throne), the message congratulated the team on their half a century, as well as their work around sustainability both on and off screen and their ability to entertain as well as inform.

Reminiscing first about the show’s original name, Emmerdale Farm and about the Sugden family, His Royal Highness moved on to talk about the importance of the show’s depiction of rural life, the value of the countryside, and the programme’s fans all over the world. The Prince added a final Happy Anniversary to all the cast and crew.

“We were delighted to be able to surprise the Emmerdale team with such an important message. Fifty years of iconic television out of the North is a huge achievement and rightly deserves to be celebrated in the best way possible. It is with great thanks to His Royal Highness for delivering this message to pop the icing on their birthday cake ahead of their very special weekend”.