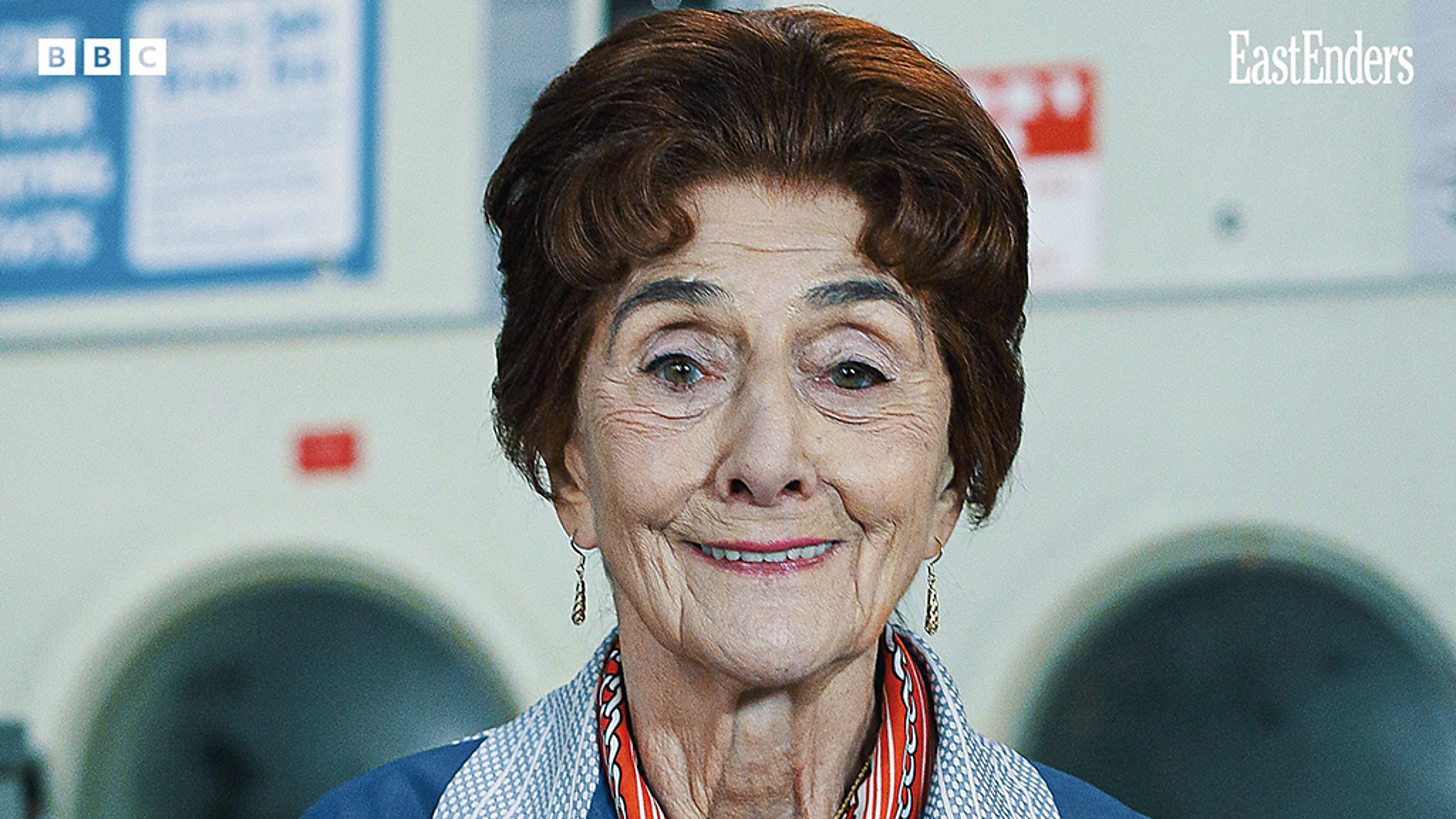 Some of Walford’s classic characters will make a moving return to Albert Square to pay their last respects to Dot Branning this winter.

The returning cast are currently filming scenes which will bring viewers up to date with their lives, as they share their cherished memories of Dot.

For the actors, it’s also a chance to honour their beloved co-star June Brown, who passed away aged 95 in April this year.

Executive Producer Chris Clenshaw said it was important to bring back significant people from Dot’s life to join her Walford loved ones for her final farewell. Chris says: “It’s an honour to invite so many of Walford’s beloved characters back to pay tribute to Dot. Over the years, Dot profoundly impacted the lives of many young people struggling with life’s biggest challenges. Her warmth, heart and compassion changed lives – so we wanted to reunite some of the people she helped the most. I’m thrilled these talented and generous actors wanted to share this special experience with us so we can give Dot a fitting send-off.”

The last time Lord Cashman returned as Colin was in 2016 for a storyline that challenged Dot’s beliefs about same-sex marriage.

Colin invited Dot to his wedding, knowing that she may decline because of her religious views on gay marriage. However, after some deep, thoughtful scenes, Dot changed her mind and made Colin’s day.

With great sadness and some life-changing news, Colin returns this time to catch up with Sharon, Kathy and other old friends.

Lord Cashman says: “When I was asked back I didn’t even hesitate because I couldn’t have imagined not being there for June, and I know Colin couldn’t have imagined not being there for Dot – they had that amazing, deep friendship that lasted during their years, and it was exactly the same with June and me. June was unique, and there are so many incredible stories I could tell, but amongst my favourite moments of Dot was her monologue to Jim – she was a character, and actress, that will last beyond the test of time.”

Colin will appear alongside ex-love Barry for the first time since 1989. The couple split up in 1988, and Barry left to become a DJ on a cruise ship. However, Gary Hailes returned the following year for co-star Michael’s Walford exit. Viewers will wonder where Colin and Barry now fit into each other’s lives, so many years after their bittersweet break-up.

Gary says: “Being invited back to the show after almost 30 years away was exciting, scary, and strange, but overall it was really nice! EastEnders has always been a big part of my life so to have the opportunity to come back – there were nerves – but that quickly turned into excitement, and warmth at the chance to honour Dot. June was an incredibly genuine person both on and off-screen, she really cared and was attentive to people. That’s one thing I’ll never forget.”

Deeply religious Dot extended Christian charity to many of Walford’s waifs and strays over the years. She spent a lot of time counselling Mary ‘the punk’ Smith and helping her care for her daughter Annie. Dot was reunited with Mary and Annie in 2019 at Dr Legg’s funeral, where Linda Davidson returned to acting to film the heartfelt scenes. Now she’s back again to honour June Brown and Mary’s relationship with Dot.

Linda says: “I felt honoured to be asked to come back. It’s going to be an emotionally difficult few days, however, the script is wonderful and it’s a joyful tribute to an East End legend! We were close friends for 37 years so I have quite the memory bank to choose from! But professionally, the highlight of my career was when Dot asked Mary to kneel and pray with her – there wasn’t a dry eye amongst all the crew! June really tutored me on the art of being still and taking my time in the scene and was such a generous caring actor. I loved her very much.”

Disa also turned to Dot for support following the birth of her daughter Jasmine. Dot helped Disa trap her abuser, stepfather Ken, and reconnect with her estranged mother before she left in 1991 to start a new life up North. Disa hasn’t been seen since, but her return will stir up difficult memories for one Walford resident.

Jan says: “I am absolutely thrilled to be invited back to EastEnders to play Disa again and to honour the wonderful and unique character of Dot Cotton. I remember only too well of Dot and Disa’s long dramatic scenes together and how they gripped the nation. Her notes, her suggestions, taught me so much. I have not, as yet, felt anything close to that energy, conviction and rapport, and probably never will. Dot – and June – was an inspiration to me, a brilliant actress to work with and a beautiful heart who became a lifelong friend”

Viewers will be delighted to see Tom Watt reprise his role as hapless Lofty, who also made a return in 2019 for Dr Legg’s send-off. During his reunion with Dot and Sharon, Lofty was revealed to be a successful businessman with a chain of pubs. The sad news of Dot’s death brings him to the Square again, where he’ll prove to still have plenty of the old Lofty left in him.

Tom says: “June was amazing as Dot. She completely inhabited the character: grew with her, suffered with her and faced life’s troubles with her. As soon as Dot appeared on screen, you knew June had all that history lighting up every look and every line in every single scene she was a part of.”

Finally, Jacqueline Jossa will bring Lauren Branning home as her family gathers to honour her beloved step-grandmother. Lauren has been in New Zealand since 2018, where she started a new life with her son Louie.

But now she’s back, Lauren will find much has changed in Albert Square – and she’s very keen to get to know one handsome resident.

Jacqueline says: “Coming back to EastEnders for Dot’s funeral was a no-brainer, and it was a real honour to be invited back. I had a lot of fun but, of course, it was bittersweet. It was amazing to be back, but hard to be filming this storyline. I can tell the viewers now that Dot gets the beautiful send-off that she deserves. June was the light and joy of EastEnders. I had so much fun working with her, the incredible stories and how infectious & witty she was. June is a legend and I miss her very much.”