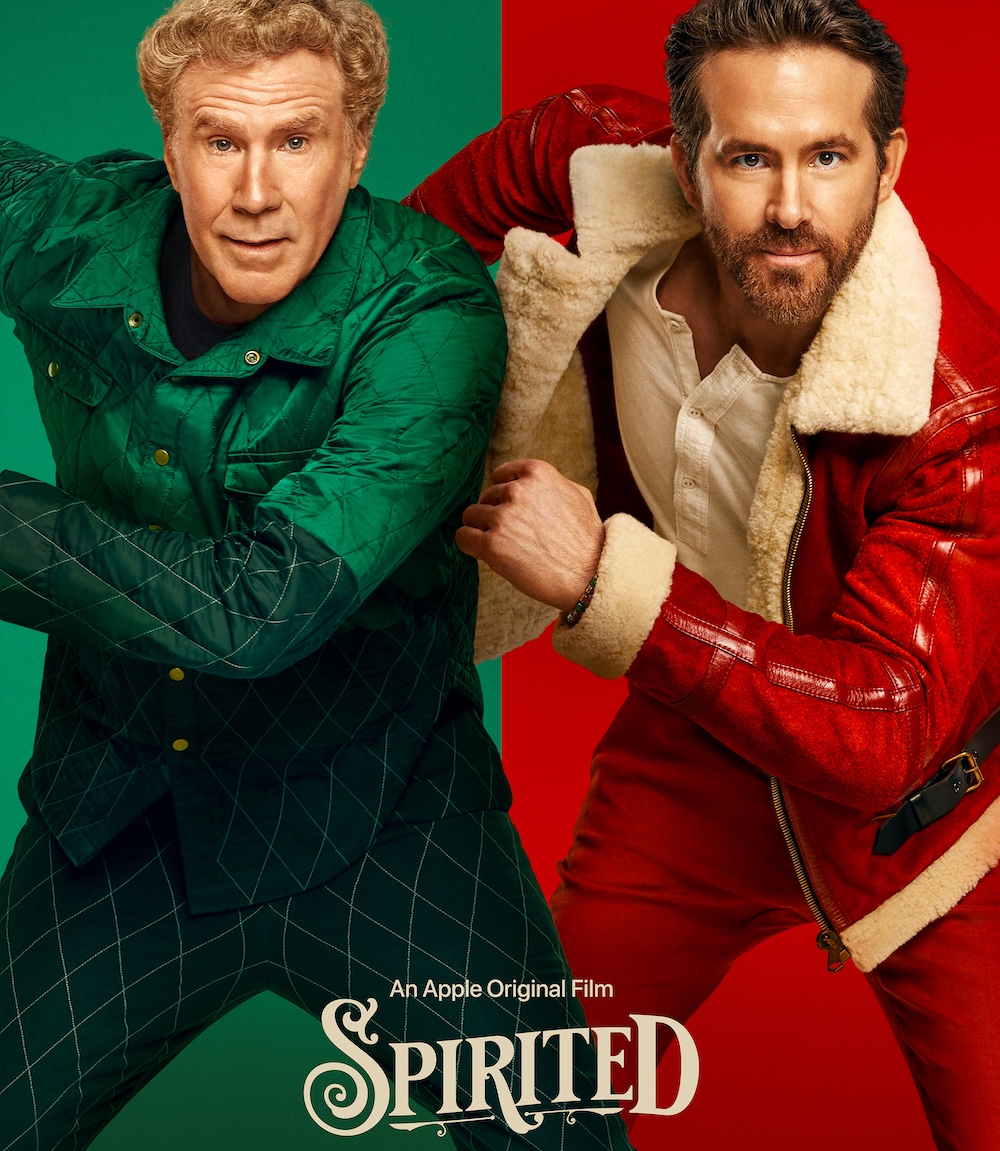 Today at the Alice Tully Hall at Lincoln Center in New York, Apple Original Films hosted the world premiere of the highly anticipated holiday musical comedy, “Spirited,” debuting in theaters on November 11 and globally on Apple TV+ on Friday, November 18, 2022.

Each Christmas Eve, the Ghost of Christmas Present (Will Ferrell) selects one dark soul to be reformed by a visit from three spirits. But this season, he picked the wrong Scrooge. Clint Briggs (Ryan Reynolds) turns the tables on his ghostly host until Present finds himself reexamining his own past, present and future. For the first time, “A Christmas Carol” is told from the perspective of the ghosts in this hilarious musical twist on the classic Dickens tale. From director Sean Anders, written by Sean Anders and John Morris, with original songs by Oscar winners Benj Pasek and Justin Paul and production numbers choreographed by Chloe Arnold, this modern retelling is a sweet and spicy holiday treat.

Apple TV+ offers premium, compelling drama and comedy series, feature films, groundbreaking documentaries, and kids and family entertainment, and is available to watch across all your favorite screens. After its launch on November 1, 2019, Apple TV+ became the first all-original streaming service to launch around the world, and has premiered more original hits and received more award recognitions faster than any other streaming service in its debut. To date, Apple Original films, documentaries, and series have earned 280 wins and 1,216 award nominations and counting, including multi-Emmy Award-winning comedy “Ted Lasso” and this year’s Oscar Best Picture winner “CODA.”