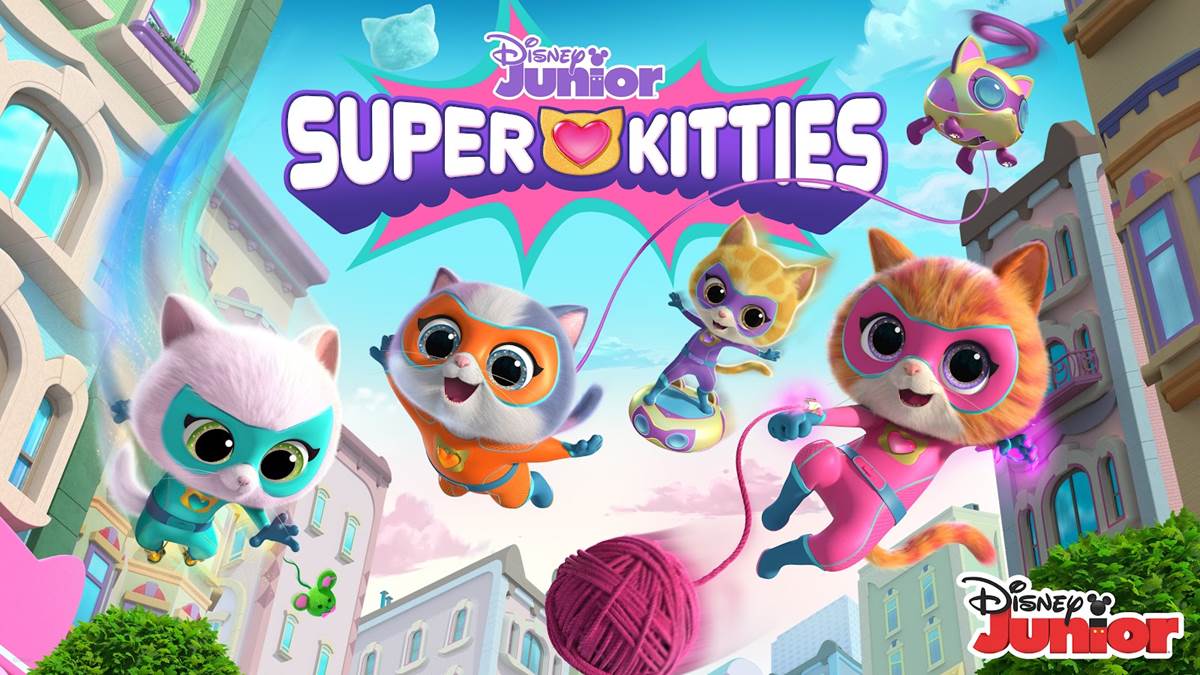 “SuperKitties,” an adorable, action-packed animated series about Ginny, Sparks, Buddy and Bitsy ― four cute and cuddly kittens who are brave, smart, strong and kind and with their talents combined, turn into SUPERKITTIES when trouble arises ― is set to premiere WEDNESDAY, JAN. 11, 2023, with a simulcast on Disney Channel and Disney Junior (10:30 a.m. EST). An initial batch of episodes will premiere the same day on on-demand platforms and Disney+. Defeating villains and imparting important messages of kindness, empathy, friendship, resilience and problem-solving, the fluffy felines are on a mission to make the world a more caring and “pawesome” place.

The digital soundtrack, “Disney Junior Music: SuperKitties,” featuring the theme song plus additional songs from the series, will be released by Walt Disney Records on Jan. 11.

Set in the city of Kittydale, each “SuperKitties” episode features two 11-minute stories as the four kittens, cuddled up at the Purr ‘N’ Play playspace or out playing around town, receive a “SuperKitty Call” from one of their animal friends with a problem that only the SuperKitties can help with, usually caused by one of the comedic villains in the series: Cat Burglar, Mr. Puppypaws, Lab Rat or Zsa-Zsa. With plenty of super skills and gadgets at their disposal, the SuperKitties set off to thwart the villains’ plans and impart important messages along the way.