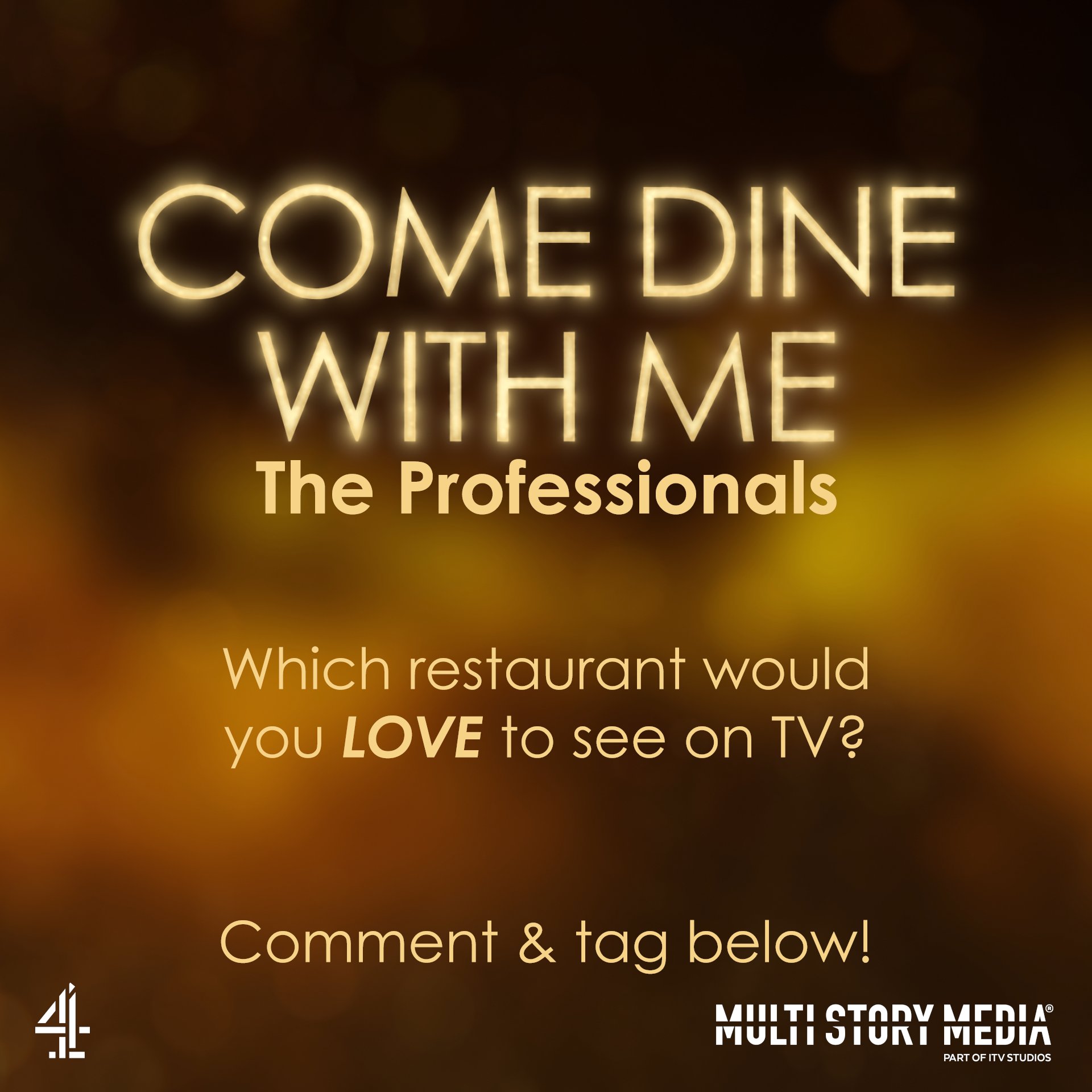 4th October, 2022 – Channel 4 has commissioned a new series of the Come Dine With Me spin off which sees teams of professional chefs and restaurateurs take each other on in a bid to be crowned the best independent restaurant in their area.

Come Dine With Me: The Professionals, will return for a second 20 x 60 series, with each self-contained episode featuring three local eateries competing to win a £1000 cash prize.

Each restaurant will welcome their rivals for a meal that they hope will impress. The dinner takes place during a normal service, with the visitors able to check out the atmosphere, food and service. At the end of each meal, the visiting restaurant pairs will score the evening out of 20 with the highest scorers overall scooping the prize. Dave Lamb will once again lend his iconic voiceover to the action as narrator.

Commissioned for Channel 4 by Jo Street, Head of Daytime and Features, with Barry Agnew Acting Commissioning Executive, the series is produced by MultiStory Media, part of ITV Studios, with Henry Hainault as Series Editor and Head of Factual Entertainment and Formats, Simone Haywood, as Executive Producer.

Haywood said: “It is testament to the enduring popularity of the format that this twist has proved such a success and we can’t wait to see another wave of professionals take on the Come Dine challenge as we visit a brand new selection of UK restaurants.”

Jo Street said: “Come Dine With Me: The Professionals is a great evolution of the global hit format and it has been great to showcase some of the country’s small independent eateries, which are full of fabulous food and larger than life characters.”

Come Dine With Me is one of the most popular formats globally, with over 17,000 episodes produced across 46 territories. Distributed internationally by ITV Studios, it has been commissioned across the world from Chile to Brazil, Sweden to Ukraine, with Germany airing its 25th series earlier this year. The most recent commission from HBO Max in Mexico is set to launch later this month.