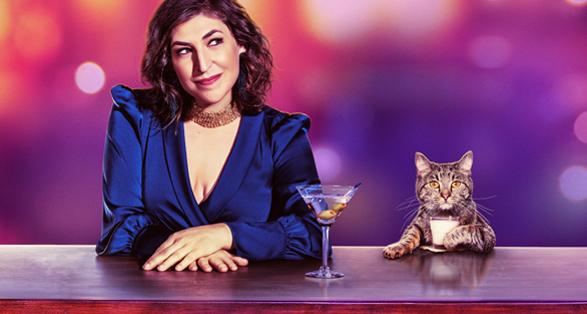 On her way back to Louisville, Kat is upgraded to first class and seated next to Ken Jennings, “Jeopardy!’s” winningest contestant.

Tonight, the December 15 episode of “Call Me Kat” airs at 9:30PM ET on Fox. Watch episodes Hulu and Fox.com. THIS IS A REPEAT OF SEASON 3 EPISODE 1

Based on the British series “Miranda,” created by Miranda Hart, CALL ME KAT stars Emmy Award nominee Mayim Bialik as an optimistic and fun-loving woman continuously defying societal expectations, and her mother’s wishes, to prove she can live a happy and fulfilling life on her own terms. Her first move? Using her entire savings to open a cat café in Louisville, KY.

The series was developed by Darlene Hunt