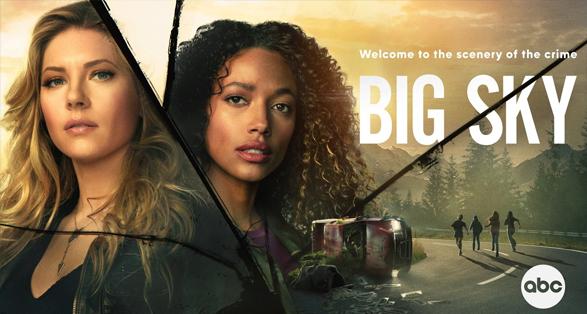 Jenny and Beau investigate the mysterious death of a rookie smokejumper while Cassie picks apart Walter’s story, convinced something isn’t adding up. Meanwhile, Emily finds herself at Dewell and Hoyt while trying to keep busy, and Sunny and Buck work to put themselves back together after Walter’s arrest, leading her to reveal her biggest secret to Cormac and testing his allegiance in the process.

“Big Sky” follows private detectives Cassie Dewell and Jenny Hoyt as they reunite to investigate a car wreck outside of Helena, Montana, and they soon discover that the case may not be as straightforward as it seems. As they unravel the mystery of the accident, their worlds will collide with a band of unsuspecting teens, a flirtatious face from Jenny’s past, and a vicious outsider hellbent on finding answers.

The series was created by David E. Kelley