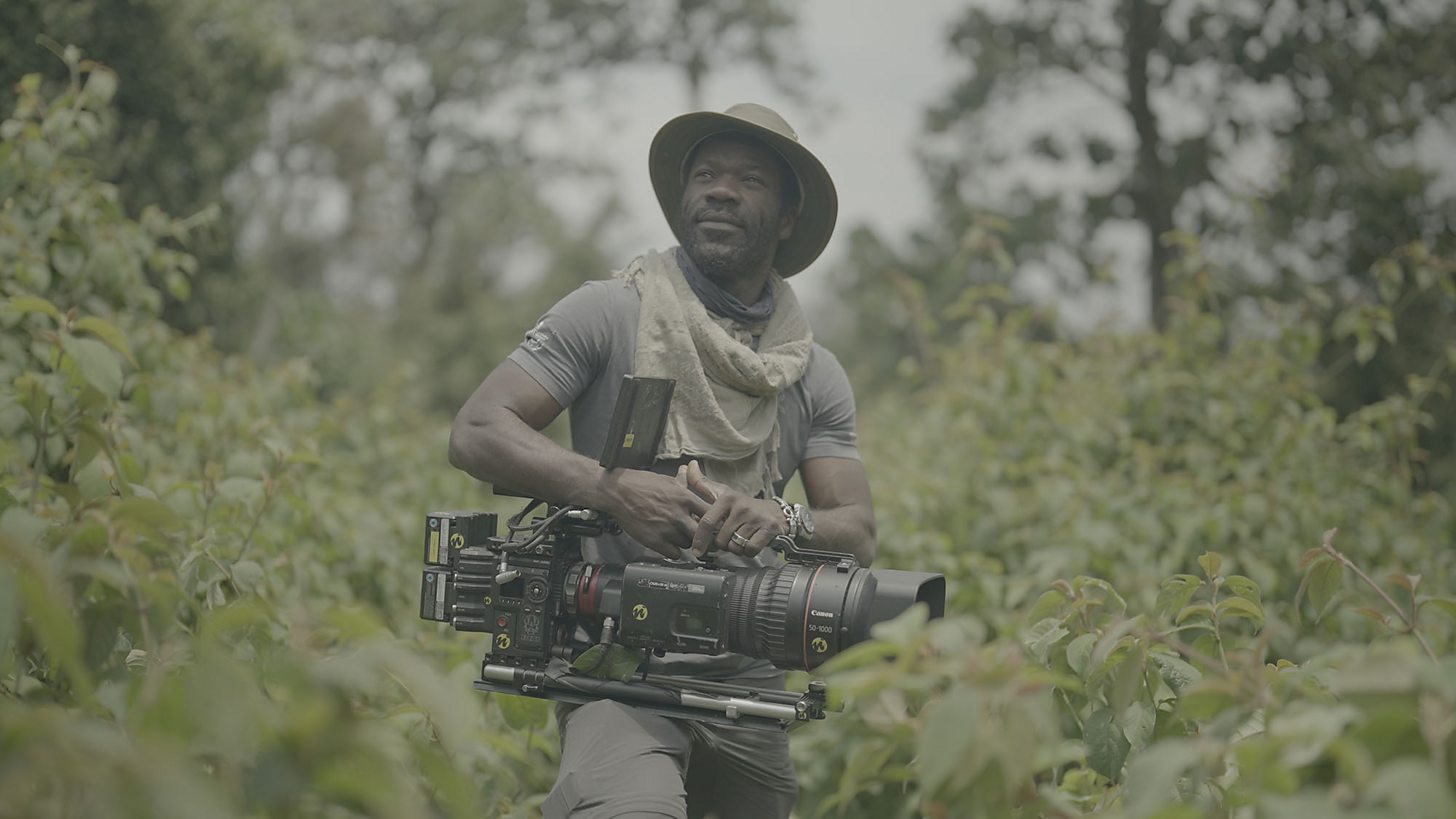 Award-winning wildlife cinematographer Vianet Djenguet has had a lifetime’s ambition to embed himself with a family of wild gorillas. Growing up in the Congo, Vianet was surrounded by these unique animals and heard stories of people’s encounters with them. However, Vianet always wanted to know if the myths and legends about them were really true. He always felt the only way he could do this is if he truly immersed himself in their habitat and ways of living.

Vianet’s mission will take him to the The Democratic Republic of Congo and the Kahuzi-Biega National Park, home to the Eastern Lowland gorillas (Grauer’s gorilla), the largest on earth, now declared endangered by the International Union for conservation of Nature (IUCN).

With this last remaining population heading toward extinction, Vianet sets out to realise his dream: to track down and integrate himself with a family of wild gorillas. This habituation will hopefully bring tourists and vital income to the local population, the only way to protect the gorillas from the pressures of bushmeat and habitat loss caused by unrest and crushing poverty surrounding the park.

However, Vianet finds that tracking down these elusive creatures is a mission in itself and involves many exhausting hours of trekking through a thick, humid forest. And when he does finally track them down he can’t be sure of the welcome he’ll get. Will they let him into their world and accept him as one of their own? If not, what will that mean for their survival?

Sreya Biswas, BBC Commissioning Editor, says: “Vianet is fantastic talent and to be able to follow his life-long ambition of immersing himself with the habituation of such an iconic species as the Eastland Lowland gorillas will be incredible. We are really pleased to be able to bring this story to our audience.”

Andrew Zikking, Executive Producer and Managing Director, Off the Fence Productions, says: “Merging documentary and natural history storytelling, My Gorilla Dream is a truly ambitious project that we’ve been developing closely with Vianet for over two years, and working with the BBC and France TV is the perfect partnership. This is a truly important story, and Vianet is the perfect person to tell it.”

My Gorilla Dream, a 1×90’ for BBC Two and iPlayer, is produced by Off The Fence Productions, co-produced by France TV. It was commissioned by Jack Bootle, Head of Commissioning, Specialist Factual. Executive Producers are Andrew Zikking and Guy Gilbert for Off the Fence, the director is Miles Blayden-Ryall, and the Commissioning Editor is Sreya Biswas.